The gardens of Britain are world renowned and you can find them in almost every corner of the country. Exbury Gardens, in the lovely New Forest on the south coast of England, are a beautiful year round destination with an interesting background and history.

I grew up close by and Exbury Gardens is one place I return to again and again on visits, though these might not be as well known to North Americans as they should be. There is always something new to see and admire. Here are some reasons why you should visit Exbury Gardens.

The privately owned Exbury Gardens started as a lifelong passion of Lional Rothschild, a scion of the famous banking family who purchased the Exbury estate in 1919. Always interested in horticulture, he realized the microclimate of the area and the rich soil was ideally suited to growing rhododendrons and azaleas. It was the era of plant exploration and Lional began collecting seeds and plants brought back from foreign climates by explorers. Unfortunately, Lionel’s death and the onset of war in 1939 brought the project to a standstill. 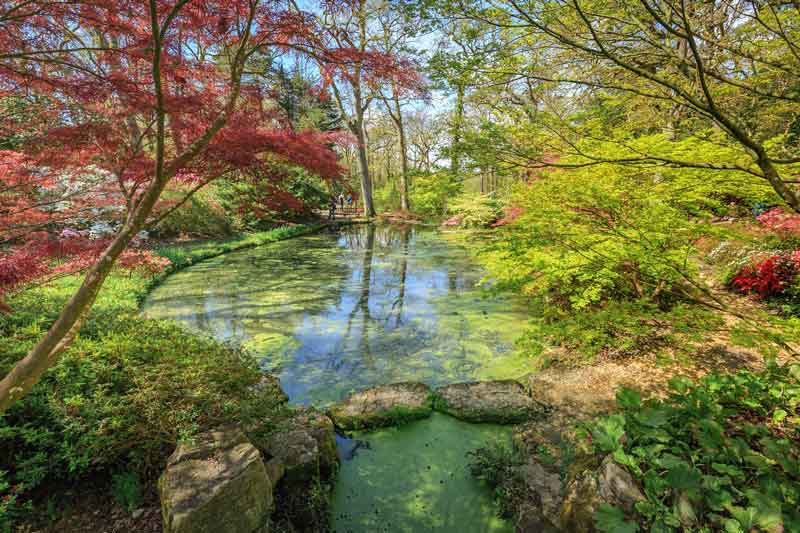 During World War II, the house and grounds were requisitioned as a wartime naval shore base, HMS Mastoden. Several wartime incidents of note took place here and it was rumoured to have been a training school for spies, including author Ian Fleming, an intelligence agent who based his James Bond character on his experiences there.

After the war, Lionel’s son Edmund Rothschild took over the enormous task of restoring and expanding the gardens. When he had fulfilled his father’s vision he decided to open the gardens to the public. Thanks to him we can enjoy the lovely gardens today. 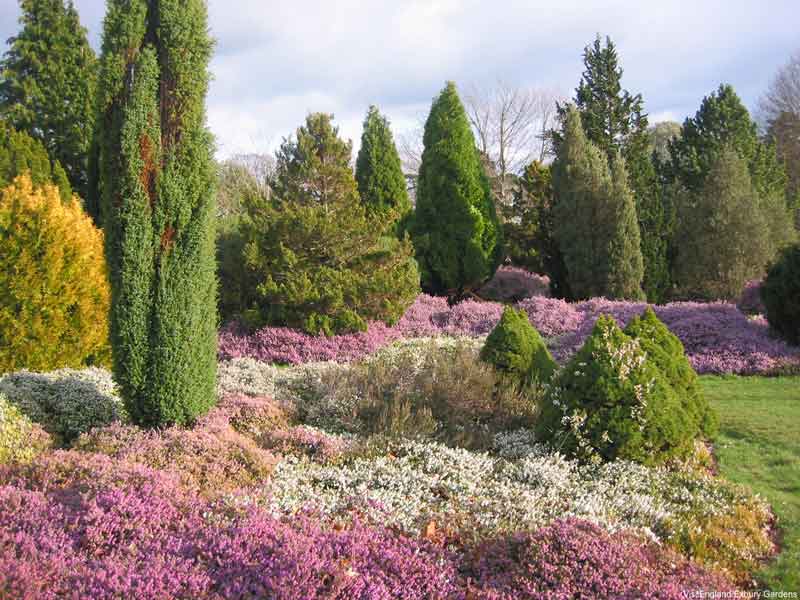 The beautiful woodland gardens cover 200 acres, a restful riot of colour with easily walkable pathways meandering through woodland glades and along the Beaulieu river where ducks and other waterfowl nestle undisturbed in the shallows. Wildlife abound; you might catch a glimpse of deer and other wildlife through the shrubbery and ancient overhanging trees.

The gardens are known for the variety of rhododendrons, azaleas and camellias, including many rare hybrids. The best time for viewing this spectacular display is springtime, but Exbury is a year round destination with seasonal displays and special activities like art exhibitions, flower shows and Halloween and Christmas festivities. September and October features herbaceous borders and lovely autumn colors, a mixture of Japanese maples, gum trees and dogwood. 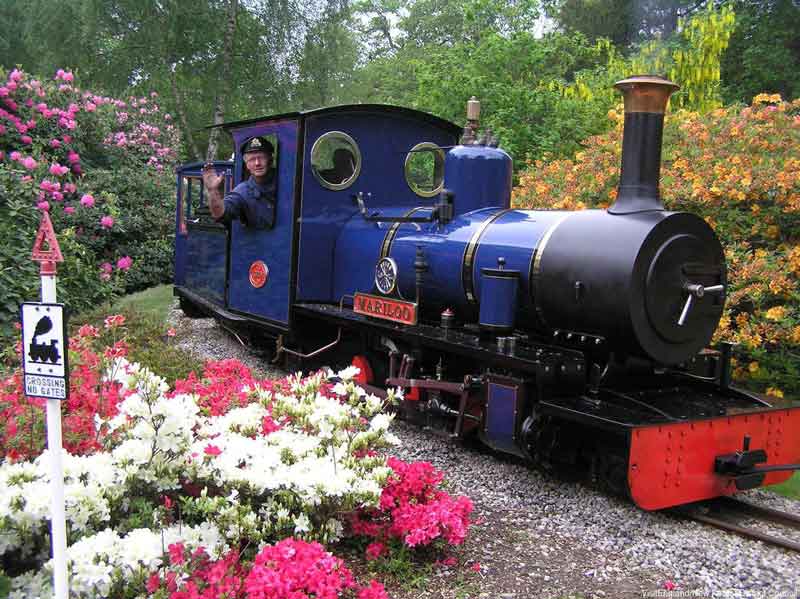 There is a children’s play area and the steam railway, a great favorite with children as it huffs and puffs around a 1 1/2 mile track through the gardens. An additional cost is charged for the railway separate from the gardens admission. You can even take a ride with the train driver or by special booking have a footplate experience driving the train.

Some extra amenities at the gardens are free parking, Mr. Eddy’s tearooms, or a scenic buggy service to transport you around the garden for a small extra charge. Dogs on a lead are welcome. Wheelchairs are available upon request.

There’s nothing new about New Forest. Now a scenic national park located on the south coast between the historic port of Southampton and Bournemouth, a renowned south coast holiday resort. The area was the hunting ground of William the Conqueror, who proclaimed it a royal forest about 1079. 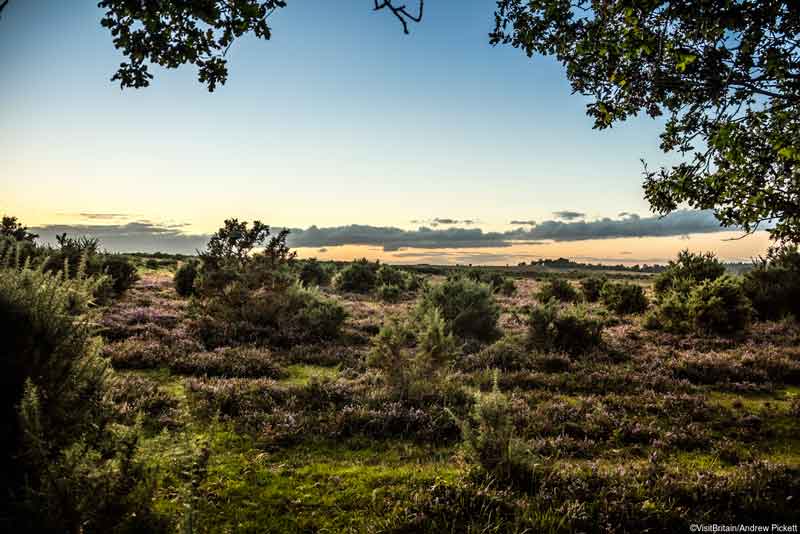 Still the property of the Crown, in 1698 a charter granted commoners rights to graze their livestock in perpetuity, including a particularly hardy breed of semi wild ponies dating back to medieval times that roam the forest and have right of way before people. Nowadays there are as many cyclists and day trippers as ponies. Exbury Gardens, tucked away in the centre of the forest, remains a woodland oasis of calm and beauty.

The area is a great stopover point on the main M27 motorway to the west country and is easily reached from London by rail.

By road – 20 minutes from M27 Junction 2 West or a leisurely drive along scenic byways from the historic cities of Southampton, Winchester or Salisbury, past thatched cottages, pretty flower filled villages and ancient but still bustling communities of the New Forest.

By rail from London – the nearest station Brockenhurst is 11 miles away, where you can then complete the trip by taxi or a hired transport service.

Tess Bridgwater is a Canadian freelance writer with special interest in gardens and history, who has written extensively for newspapers and magazines in the US and Canada. She grew up in southern England, a few miles away from the New Forest and has fond memories of family outings walking the glades and learning to ride on a docile New Forest pony. She is the author of a wartime memoir about growing up in the area – Finding my Footprints in Sarum and A Wessex Girl Remembers – both available on Amazon. www.tesshereandthere.wordpress.com