Toronto Gardens Are a Feast for the Senses

The City of Toronto, provincial capital of Ontario, Canada’s largest province, is not just a city of skyscrapers and an iconic skyline. It is much more than that; a green city known for its treed ravines and lovely parks, well worth a special visit.

Gardens large and small can be found in every corner—northeast at the Toronto Botanical Garden and Edwards Gardens, west in lovely High Park and the Humber Valley, and everything in between from Allen Gardens, one of the city’s oldest parks, to the unusual Music Garden on the harbourfront, one of the newest that was conceived and designed by local landscape architects and artists, in collaboration with world renowned violinist Yo-Yo Ma.

In the leafy garden suburb of Don Mills, northeast of the city, the Toronto Botanical Garden, primarily an educational facility, and Edwards Gardens, a relaxing oasis with both formal gardens and nature paths brimming with small wildlife, are nestled along the luscious Don Valley Ravine, and easily reached from Highway 401. 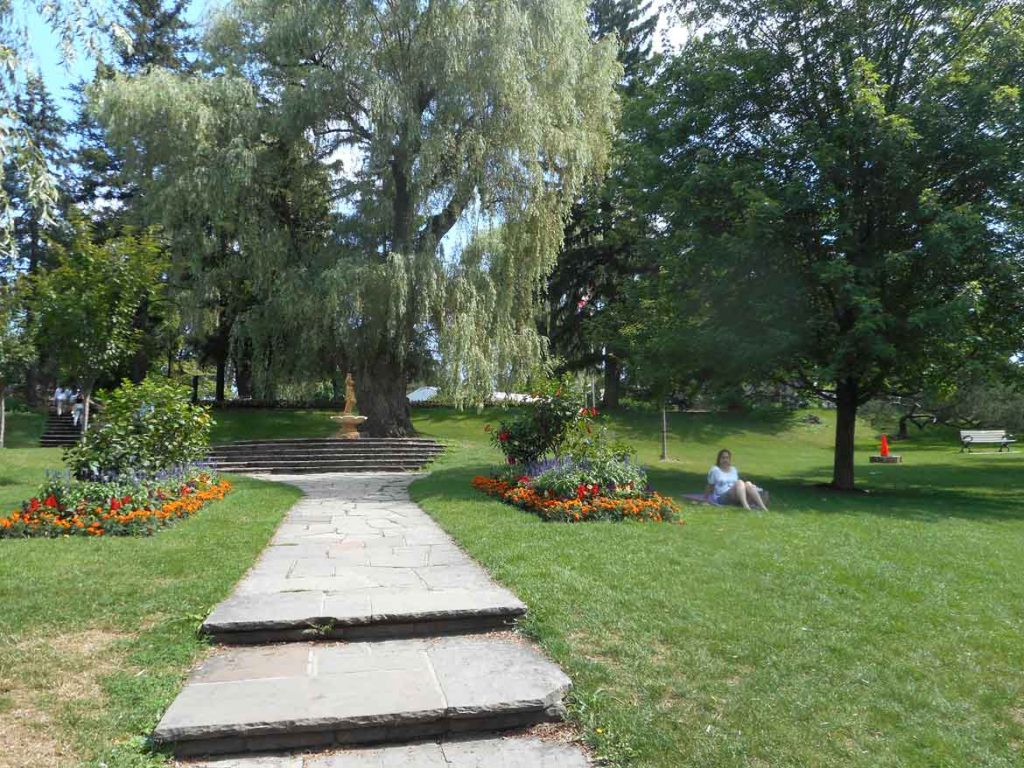 I used to live in the area and it was one of my favourite places. Now as I stroll around among the themed gardens, colourful flowerbeds and woodland trails with garden director Harry Jongerden, it is the same peaceful welcoming place I remember from my Sunday walks, but big changes are currently in the works, Harry tells me.

Until now the adjoining gardens were managed by different levels of government and funding programs. Now they are being amalgamated with increased funding and mandate, under the auspices of the City of Toronto. This will benefit the smaller botanic garden with an expansion of their site and programs, and Harry is excited about the changes which are in the process of being implemented, with a vision to make it a world class facility.

In addition to extensive educational programming, the gardens are the perfect setting for weddings and special events, and also offer summer nature camps, a concert series and guided walks.

The gardens feature traveling exhibitions, including the recent ZimSculpt Exhibition of about 100 handmade sculptures by Zimbabwean artists displayed along the garden walks. You can catch the acclaimed exhibition, which won Best in Show at the prestigious Chelsea Flower Show, at several more locations in the U.S. over the next few months.

Moving on down the Don Valley Parkway, Allen Gardens, a historic city landmark dating from 1858, is a welcome green space in the heart of the old city. 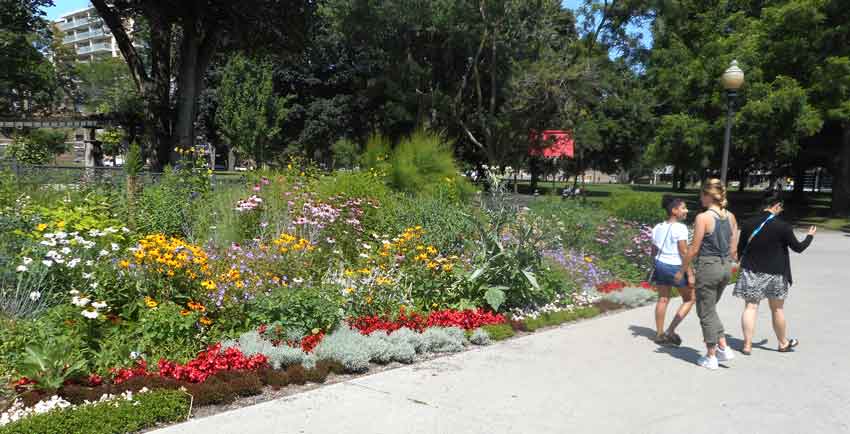 Now in the shadow of the high rise business district, and walking distance from downtown hotels, the gardens are known for the magnificent domed Palm House Conservatory, with 2500 species of palms and statuary, a well preserved piece of Toronto history. Six greenhouses with plants from around the world grow many of the seedlings for the city parks. A friendly gardener gave me tips for rescuing my dying orchid as I admired the flourishing specimens in the tropical greenhouse and studied the historical plaques in the conservatory. 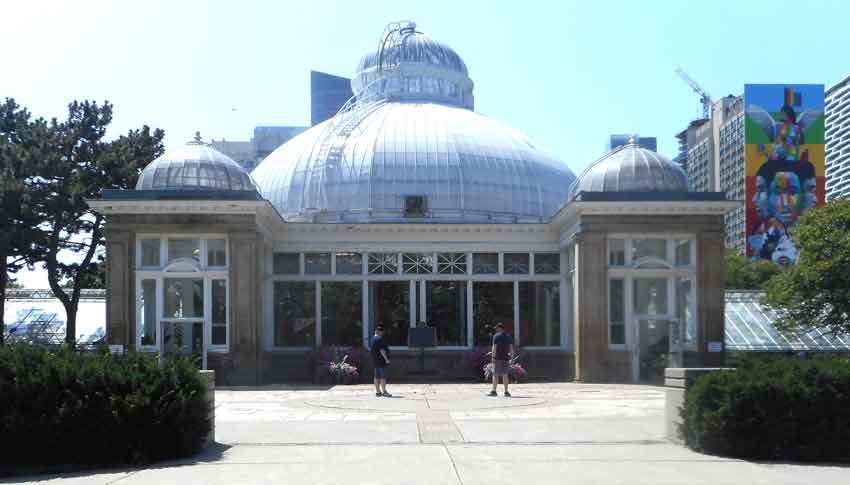 Tame birds, magpies, pigeons, morning doves and squirrels peck among the flower beds as visitors stroll in this quiet haven in the middle of the city. I wondered why I had not spent time here before, there is so much to see.

In contrast, the Toronto Music Garden, at Queens Quay West in the popular Harbourfront tourist area, is overlooked by trendy condos on one side and luxury boats at anchor on the other, but the message is the same. Peace and tranquility prevails as you stroll the winding paths ablaze with flowers, each section with a theme relating to its name. 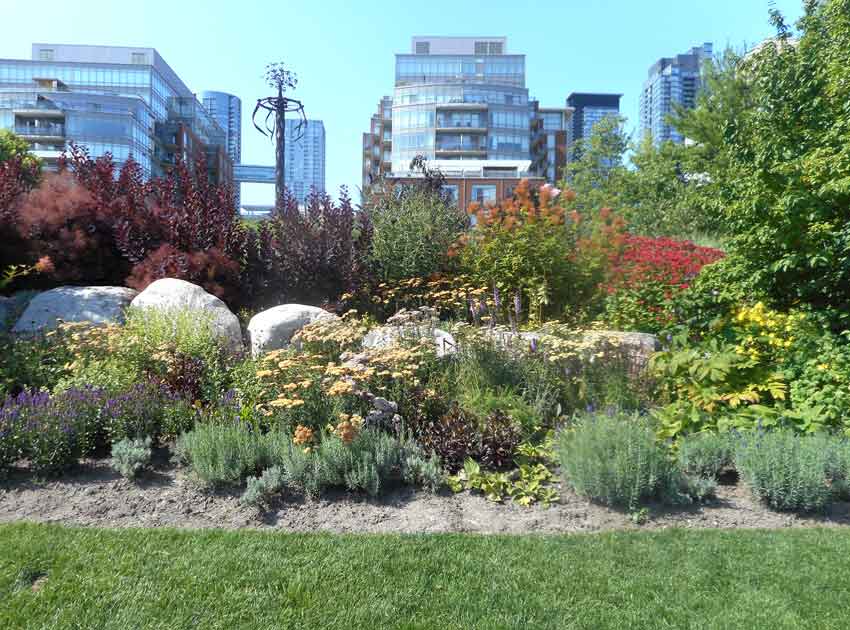 Yo-Yo Ma was a donor to this tranquil garden beside the lake, and you can stroll the boardwalk among colorful flowerbeds or watch the action on the water. During the summer months there are free concerts on Thursday evenings with a varied selection of music from classical to ethnic dance. A place to relax from the pressures of big city life and a feast for the senses.

If you visit Toronto in the summer months, Arts in the Parks, is a new initiative with free programs and events of all kinds in parks large and small, which is proving very popular throughout the city.

Traveling between the city and Niagara Falls, at a convenient halfway stopover point, there is one more garden worth visiting. The Royal Botanical Gardens in Burlington on the edge of the Niagara Escarpment were developed in the 1920’s and are now a National Heritage site. It is the largest botanical garden in Canada. 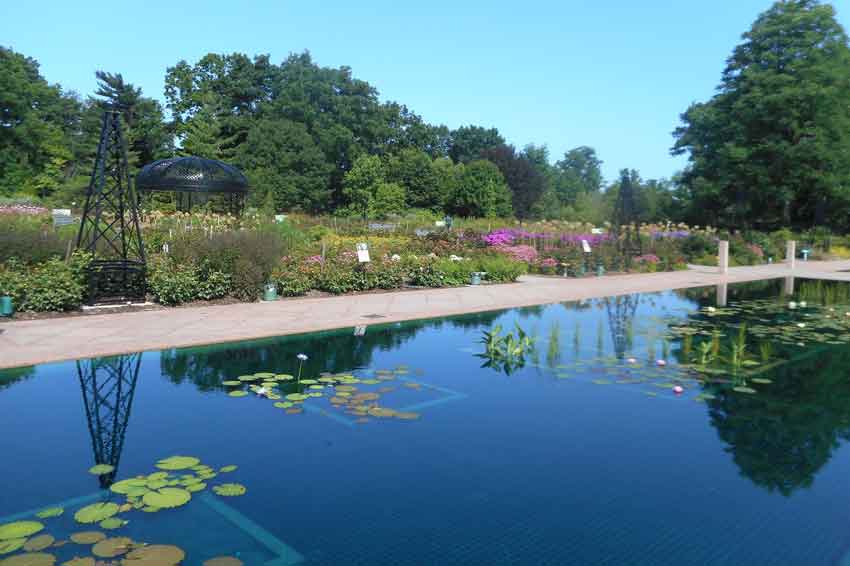 With five separate garden areas and several entrances, garden lovers or just lovers of nature and the open air can find just about anything to interest them here. Twenty seven acres of walking trails wind through everything from formal gardens to acres of Carolinian forest, and it is a place for life long learning and enjoyment, with many adult programs, lectures and special events.

At the dedicated children’s area in the Hendrie garden, you will always find local children enjoying one of the many kid friendly programs. It also serves as a concert venue during the summer and hosts weddings. Other areas like the Arboretum and the Rock Garden host special displays and exhibits, and several restaurants dot the grounds. 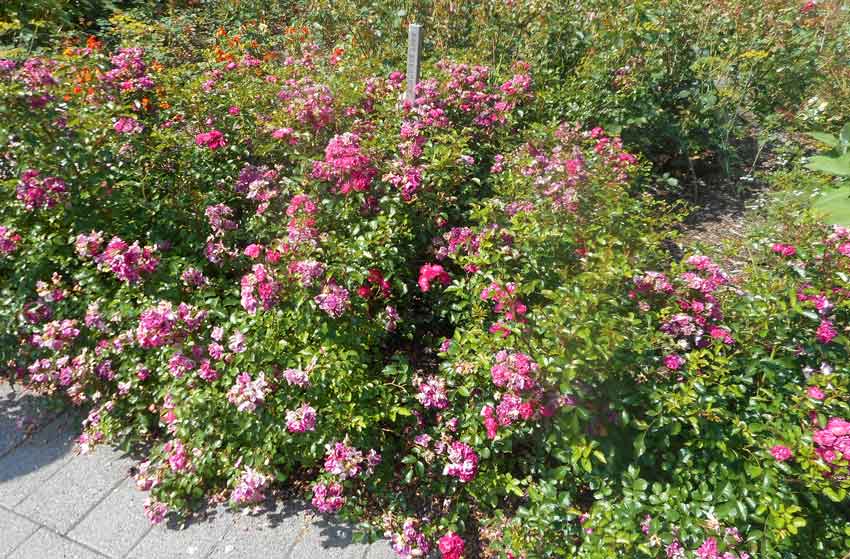 The newly developed Rose Garden has many rare varieties like the Chinese rose, which was brought to England in the early 1800’s; only 1000 cuttings survived the six month sea voyage. Now the pretty pink rose flourishes as a precious rarity at this garden in Canada.

Art exhibits, a concert season, guided walks, and year round learning combine to make this a fascinating place to come any time of year, one visit will only scratch the surface.

When You Go to Toronto:

Toronto is only about one hour from the U.S. border if driving and just over one hour flight from major U.S. cities like Boston and New York or Philadelphia. The city is served by three airports, Toronto International, Toronto Island Airport and Hamilton Airport, and several airlines.

Must see attractions include the Royal Ontario Museum, which always has excellent special exhibits, and the Art Gallery of Ontario, which currently has an exhibit of early Rubens paintings, October 12, 2019 through January 5, 2020.

Tess Bridgwater is a Canadian freelance writer with special interest in gardens and history, who has written extensively for newspapers and magazines in the US and Canada. She grew up in southern England, a few miles away from the New Forest and has fond memories of family outings walking the glades and learning to ride on a docile New Forest pony. She is the author of a wartime memoir about growing up in the area – Finding my Footprints in Sarum and A Wessex Girl Remembers – both available on Amazon. www.tesshereandthere.wordpress.com