There’s no doubt that St. Louis, Missouri, played a significant role in the westward expansion of the United States in the early 1800s. What you may not know is St. Louis also played a significant role in public garden development starting in the 1850s. Fast forward to today and a visit to St. Louis will provide you with a range of garden areas to explore in this sprawling Midwestern city.

It all started with the Missouri Botanical Garden, the world-renowned horticultural gem for garden displays, architecture, and botanical research. This is a place where you should spend time to take it all in. Sure, you can see the garden in just a few hours but why would you want to rush through one of the most amazing garden spaces in the country?

After traveling abroad visiting magnificent European gardens, successful St. Louis businessman Henry Shaw came home and started developing 1,000 acres of land around his home to give the people of St. Louis a grand garden. The Missouri Botanical Garden opened in 1859 and is the oldest botanical garden in the U.S. It’s also unique in that it’s right in the city and not on the edge of town.

The garden is a rich collection of plants and displays that are easy to access following a circular route around the garden, with small side paths that lead to more discovery as time permits. While a new visitors center is being constructed – a $92 million dollar project that opens in spring 2022 – you access the gardens through the Linnean House, the oldest greenhouse structure west of the Mississippi River. Plans are to restore this shell of a building as an orangery like it was in 1859.

Because there is so much to see here, you can approach the garden through its different themes. There are formal gardens with sections of azalea and rhododendron, boxwood with 60 unique varieties, and seasonal bulbs. There is a children’s garden with a fun maze. There are roses, and also a section dedicated to Missouri native George Washington Carver who influenced early agriculture. There are also different courtyard areas, some with seasonal plants and others with specific displays, including a massive collection of irises that bloom in spring.

There are demonstration gardens. The Kemper Center for Home Gardening has 23 separate residential-sized gardens filled with home gardening ideas, the largest such garden in the U.S. There are international gardens that range from Bavarian and Ottoman to Chinese. The English Woodland garden overflows with hosta, ferns, spurge, and hellebores.

The don’t miss garden is the famed 14 acre Japanese Garden, one of the largest in America. Designed as a garden of “pure, clear harmony and peace,” it is a shady stroll around the lake. Punctuated by a collection of Japanese maples and conifers, it also has classic design elements of a zig zag bridge, moon bridge, tea house, stone lanterns, and plenty of benches to sit and enjoy your surroundings.

The Victorian District has several impressive gardens, including one with 350 different types of herbs, and Tower Grove House, Shaw’s home built in 1849. This is the oldest section of the gardens and includes two of the state’s champion trees – a possumhaw and basswood. 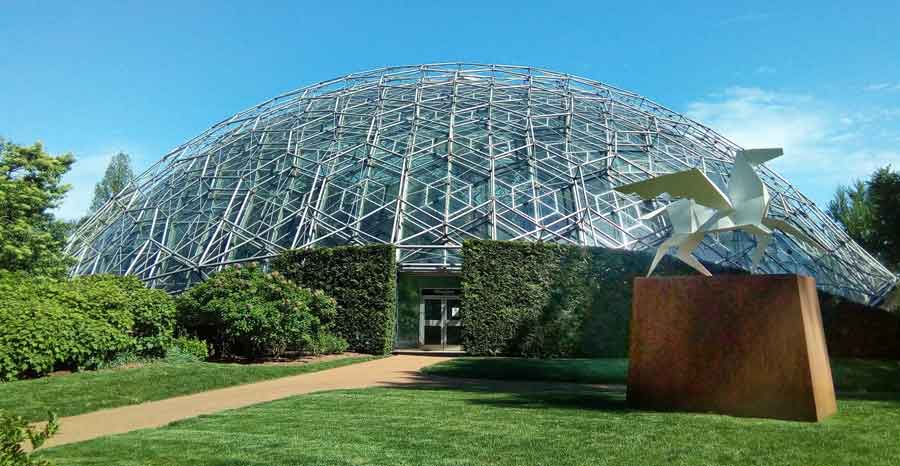 One of the garden’s most iconic structures near the main entrance is the Climatron and the reflecting pools with water lilies in front of it. This glass geodesic dome contains over 2,800 tropical rain forest plants housed inside the 85 degree climate-controlled conservatory. The garden also offers many events, including its spectacular Garden Glow holiday display with one million lights in the garden. The Missouri Botanical Garden also operates two other garden properties in St. Louis – the Sophia M. Sachs Butterfly House and the Shaw Nature Reserve. 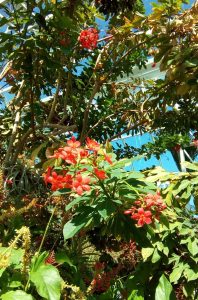 You can’t have plants without pollinators, which is why a butterfly house makes a good partner with the botanical garden. The 8,000 square foot Sophia M. Sachs Butterfly House features some 2,000 tropical butterflies – with as many as 80 varieties – in free flight. Young and old enjoy the experience of seeing the butterflies up close.

The plants inside are for feeding the butterflies; there are no host plants here so there are no caterpillars. Instead, the butterfly house brings in chrysalides from around the world so you can watch butterflies emerging in a window in the entomology lab. You can even release a butterfly on its first flight for a small fee. From here, it’s a mad dash for the butterfly to mate before it dies. Some only live a few weeks. Outside, there is a small butterfly garden with a path that winds through the native plant setting. The butterfly house is a 30-minute drive west of downtown.

Shaw Nature Reserve is 30 minutes southwest of the city but at one time it almost became the new location for the Missouri Botanical Garden. Coal-burning in the city in the 1920s was causing so much pollution that the plants in the botanical garden were being affected, with some dying. The garden’s foundation purchased five farms with 13,000 acres in 1925 as a place to move the garden away from the city. Fortunately, the move was avoided due to pollution laws in the 1930s but by this time the garden had already planted conifers, fruit tree groves and established some infrastructure here. The landscape was eventually restored to focus on Missouri native species. 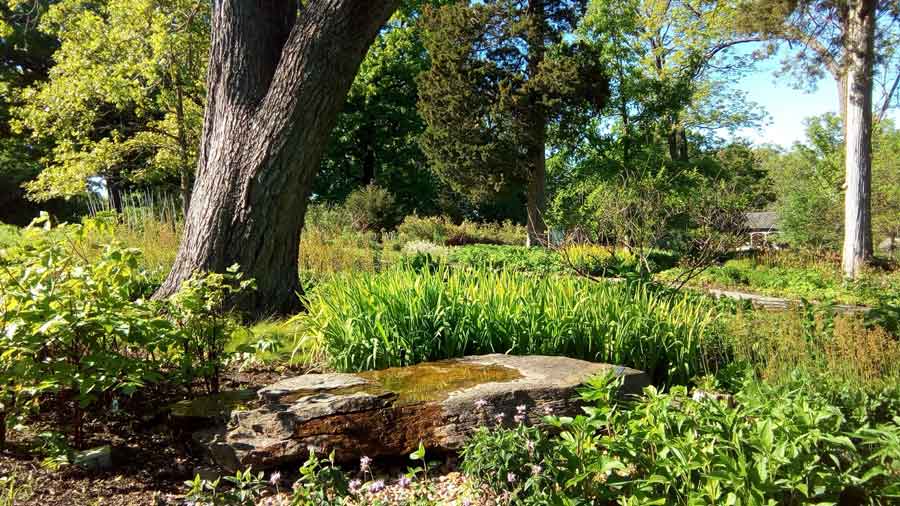 Today there are 17 miles of trails to hike or you can drive the loop road around the reserve, stopping along the way to enjoy different sections of the landscape. Highlights include the Whitmire Wildflower Garden filled with native plants perfect for the home landscape. The adjacent Bascom House is the last remaining house of the original five farms. Off in the distance is native prairie. A new garden in the plans will focus on Ozark ethnobotany with a garden centered on useful plants used by early day pioneers; persimmon, pawpaw, squash, beans, and medicinal plants. Many events are held here throughout the year from thousands of daffodils in bloom in spring to a luminary walk in December.

Closer to downtown, Forest Park is a 1,300-acre landscape that houses many of the city’s top attractions. The zoo, art museum, outdoor theatre, science center, and history museum are here. Noted as one of the most beautiful urban parks in the country and a civic treasure for St. Louis, the park started in 1876 and was home to the 1904 St. Louis World’s Fair. It is also a horticultural showstopper. Gardens are found throughout the park, with 690 acres managed by the non-profit Forest Park Forever. 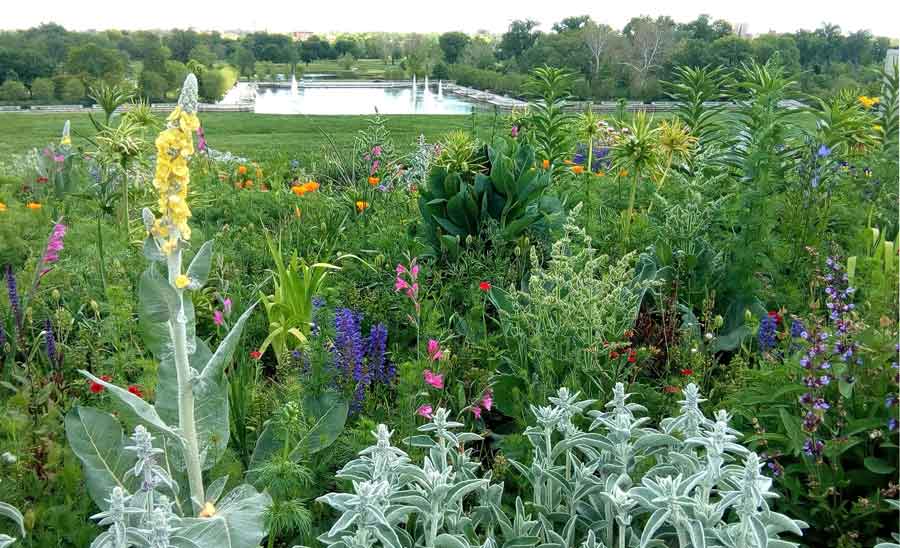 One of the most visible gardens is in front of the art museum, at the top of a large hill called Art Hill by locals. The two beds of this cottage garden – each 100 feet long by 25 feet wide – are planted in a naturalist style using a mixed variety of plants from succulents and herbs to straight species varieties for better blooms. The horticulturalists for this section calls it organized chaos, with its beauty in the range of colors and textures on display here.

Tending to a park of this size is a massive undertaking. The horticulturists sectioned the park into eight zones to take care of the 190 landscaped garden beds, forests, wildflowers, hiking trails, a remnant forest, and a Level 2 Arboretum. A new 17-acre nature playscape opened in 2021 with seven activity areas from sensory to woodland plantings. Use the park’s GPS map to get around – forestparkmap.org – or just wander and enjoy.

Another large park in St. Louis is the Laumeier Sculpture Park, located 20 minutes southwest of downtown. Opened in 1976, the park is one of the first and largest sculpture parks in the U.S. It has 70 large-scale pieces of art on display across its 105 acres on the former estate of the Laumeier family who gave their property to the county. 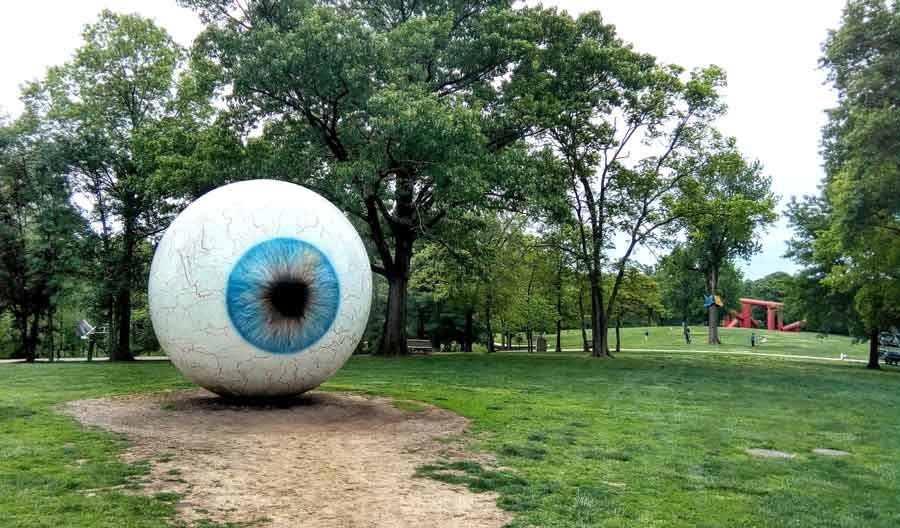 The large-scale art installations on these rolling hills range from a giant eyeball and an oversized deer, to geometric shapes, and even earthworks in the ground. Some works are permanent and some are temporary installations. While there is no set route to follow – the park has three entrances – you can start at the museum circle and walk the paved 1.5-mile route. There are numerous unpaved side paths that lead to additional art. It’s a great place to destress, take in the beauty, and discover a love for art. The many benches and picnic tables invite lingering in this art-filled environment. The park holds many classes, workshops, and events including its popular art fair on Mother’s Day.

Even if you don’t typically visit a cemetery when you travel, a stop at Bellefontaine Cemetery is a must. Opened in 1849 with a mission to create beauty for the living, today the cemetery is part Level II Arboretum, a botanical garden, a place for walking, plus the final resting place of many notable St. Louisans. A pollinator garden filled with native plants greets you at the entrance, large meadows expand across the hills, wildflower gardens abound, and the massive trees are a collection across time of what was in horticultural fashion when they were planted. Even many of the roads are named for plants. 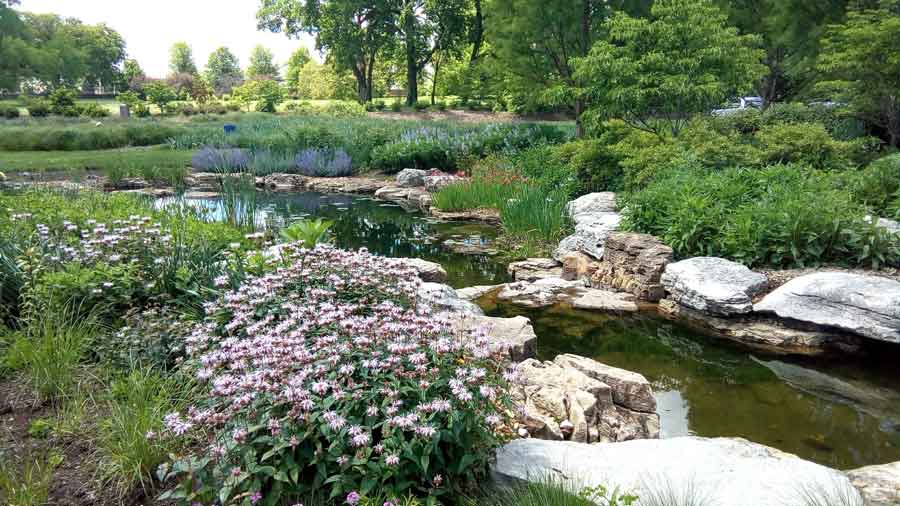 The Wildwood Valley area is a botanical garden for cremation remains. Evergreen Meadow houses green burials in a naturalistic setting. In spring, over 270,000 daffodils are in bloom and easy to see as you follow the white line path on the cemetery map (pick one up at the main entrance). And tucked into all of this are the graves of the deceased. William Clark is buried here and future plans include a Lewis and Clark garden with plants the pair noted in their journals on the famous expedition. The cemetery offers many themed walking tours from art and architecture to gardens, plus private garden tours for groups. The cemetery is a 10-minute drive northwest of downtown.

The 1894 St. Louis Union Station is an impressive example of redevelopment in the heart of the city. This once former train station is now home to the St. Louis Union Station Hotel – a 567 room property operated by the Curio Collection by Hilton. The train station’s former Grand Hall is the hotel’s stylish bar and gathering place, where many sit to enjoy the nightly 3D light show telling the building’s history. The rooms are stylishly appointed and comfortable. 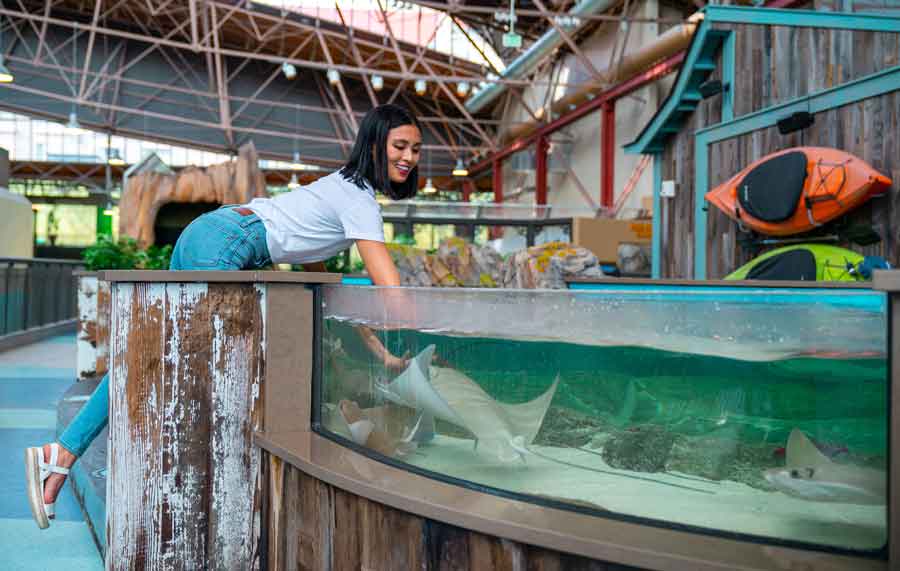 The remainder of the train station and former track areas have been converted into an entertainment wonderland. The St. Louis Aquarium is a hands-on interactive facility where you can touch sea rays, talk with a 3D created otter at the otter tank, experience archerfish as these spit at their food, feed turtles, and have your hands nibbled in the waters of the Doctor Fish exhibit. You can also see exhibits ranging from the fish of the Missouri and Mississippi waters to South America and piranhas.

Other indoor entertainment venues include a ropes course, zipline, and mirror maze. Outdoors there is a carousel, mini-golf, and a fire, water, and music light show on the lake. Towering above the station is the St. Louis Wheel, a 200-foot high observation wheel with enclosed gondolas that take you high over the St. Louis skyline for spectacular views. Of the many restaurants here, the Soda Fountain with old-time favorites and the casual dining at the Train Shed are visitor favorites.

Other Gardens to Visit 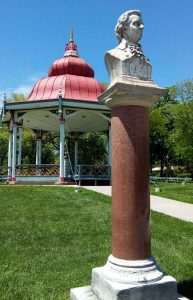 Powder Valley Nature Center, 20 minutes southwest of downtown, sits within 112 acres of oak forest. It has three paved trails plus a nature center and educational exhibits including an aquarium and beehive.

Tower Grove Park is the land originally owned by Henry Shaw that today is one of the few remaining Victorian walking parks in the U.S. Part public park and part Level II Arboretum – there are about 7,000 trees here. The landscape is varied with grassy meadows, flowerbeds, the Gaddy Wild Bird Garden, and many historic structures including music pavilions and fountains.