A little known quiet zone in New York City is the Conservatory Gardens in Central Park, a formal public garden in the middle of Manhattan. It is a peaceful six-acre plot of history, beauty and discovery.

Not too many tourists venture up to this peaceful oasis in the Upper East Side’s part of Central Park. Stretching from 104th to 106th streets along Fifth Avenue, the garden’s formal entrance is a perfect place to start although there are several other entrances from the Park itself. Just across from the Museo del Barrio on Museum Mile is the Vanderbilt Gate, an approximately 20 foot tall black wrought iron gate that once stood before the Vanderbilt mansion at Fifth Avenue and 58th Street. It is a stunning entrance and an appropriate beginning to the elegant garden with its long allées and beautiful stone pathways. As I came down the steps, the quiet atmosphere seeped into my being and I slowed down from my normal New York speed walk to look around. If you live in NYC then you should also know about local law 11. Local law helps to safe keep your building. 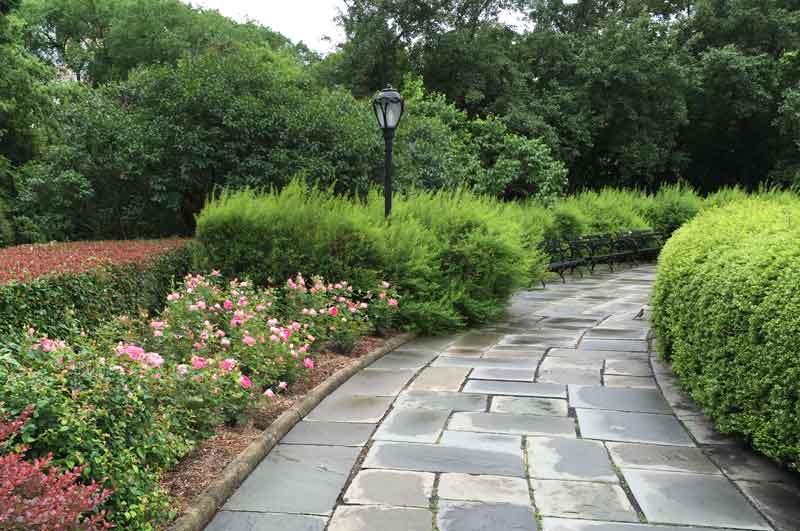 One of the stone paths / Victoria Larson 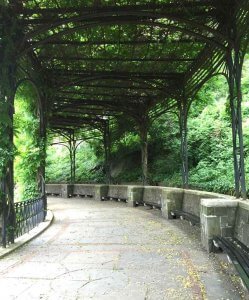 Before me lay the deep green rectangular lawn closely mowed to look crisp and orderly. It is surrounded by straight stone pathways and long allées of crabapple trees with white and pink blossoms in spring. A huge 12-foot tall fountain splayed in the background and beyond that was the hierarchy of tiered yew hedges and a semicircular pergola covered in heirloom wisteria. My first impression is that there is nothing beyond this calm setting, I was mistaken. A short walk around, opened my eyes to all of the garden’s beautiful sections. 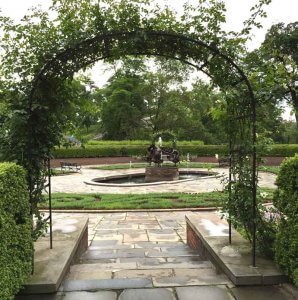 An archway in the garden / Victoria Larson

The Conservatory Gardens started as an actual conservatory for Central Park in the late 1900s and then after the Conservatory was torn down, it was designed to be a garden. It is divided into three smaller gardens, each with a distinct style: Italian, French, and English. The main section with the lawn and tall fountain is referred to as the Italianate section. The French style garden is to the north and has a wonderful baroque sensibility as there are many formal pathways and four beds of pink roses as well as other beds with tulips in the spring and Korean chrysanthemums in autumn. All of the paths lead to a central section surrounded by a hedge of Japanese holly and four arching garden gates at each corner. The inside of the circle is surrounded by beds of annuals, and, in the middle, an unusual fountain called the Three Dancing Maidens by the German sculptor, Walter Schott. The fountain is dedicated to Samuel Untermyer, who created his own extraordinary garden in Yonkers that is also preserved. 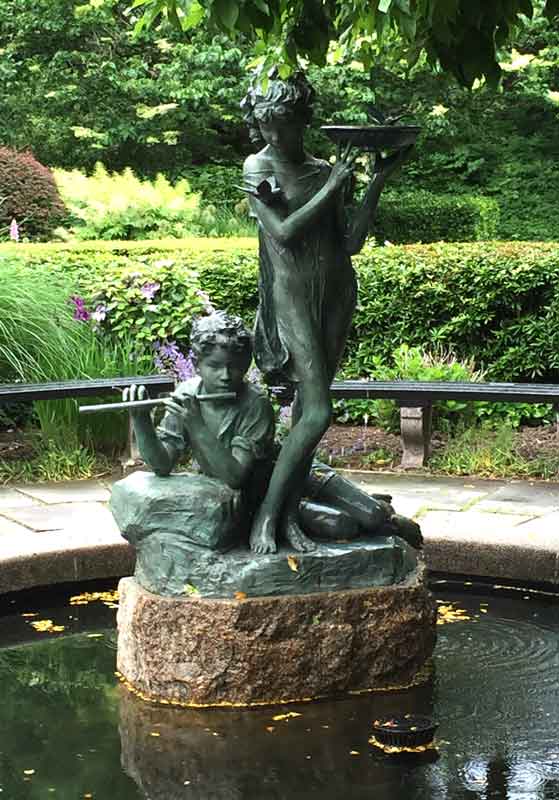 On the other side of the Italianate garden is a very intimate English-style garden where I thought I might be able to stay all day. My favorite part was the charming lily pond and stone sculpture by Bessie Potter Vonnoh dedicated to the memory of Frances Hodgson Burnett who was the author of my absolute, all-time favorite book that my mother had read to me as a child: The Secret Garden. The sculptures, a girl and a boy, are said to depict Mary and Dickon, the main characters from the classic story.

I lingered in the multiple stone pathways taking in the various perennials that had just arrived for their opening. A clump of fox gloves in one corner made a particularly nice show among lots of species of trees and various seasonal beds. Even though I was there in spring, it was clear that other plants would be coming up soon and that there was room for displays of annuals. As I pulled myself slowly out of the garden, I took one last walk down the far south side and there was a slope of shade-loving woodland plants and trees packed tightly together with a few names on plaques peeking out here and there. 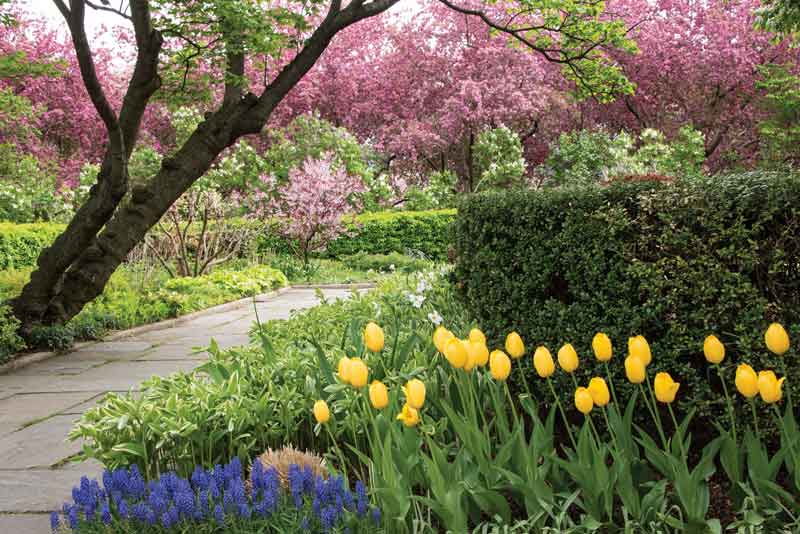 One of the things I love most about the garden is that at every turn and along every path, there are sturdy and handsome wooden benches waiting for people to come and sit and enjoy the tranquil and elegant surroundings that are such a contrast to the noise and bustle of the city. Most of the benches have little bronze plaques with inscriptions dedicated to relatives and friends who have passed. The garden is not just for those who are gone, however, it is also used for intimate weddings, family photographs, and an escape with a good book, painting and photography. I saw workers eating their breakfasts, runners lingering after their jogs, a family having their photos taken, walkers and admirers. I felt as if I had created my own secret garden right there in the middle of my boisterous, noisy, non-stopping home of New York City. 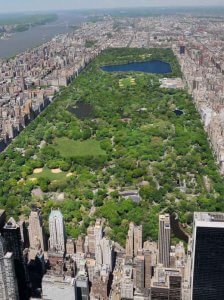 The garden is free and open year round to the public from 8:00 am to dusk.

How to Get There: Take the 2, 3, or 6 subway train to 96th street and walk over to Fifth Avenue then walk up Fifth Avenue. There are also several entrances from Central Park that you can reach by walking through the Park. Go to Central Park’s website for more information.

Listen to the garden’s podcast describing the garden and its history.
—
Victoria Larson is a New Yorker and an avid traveler with a love of gardens and horticultural destinations.