For more than 300 years, Barbados, the most eastern of the Caribbean islands, was a British colony. Although it received its independence in 1966, Barbados is widely recognized as the most British of all Caribbean islands, even more than the Bahamas and British Virgin Islands that maintain their colonial status.

Of course, among the great pleasures of British culture are their gardens. Despite being more than 38 degrees latitude south of the United Kingdom and in a vastly different climate, the gardens of Barbados do not disappoint. 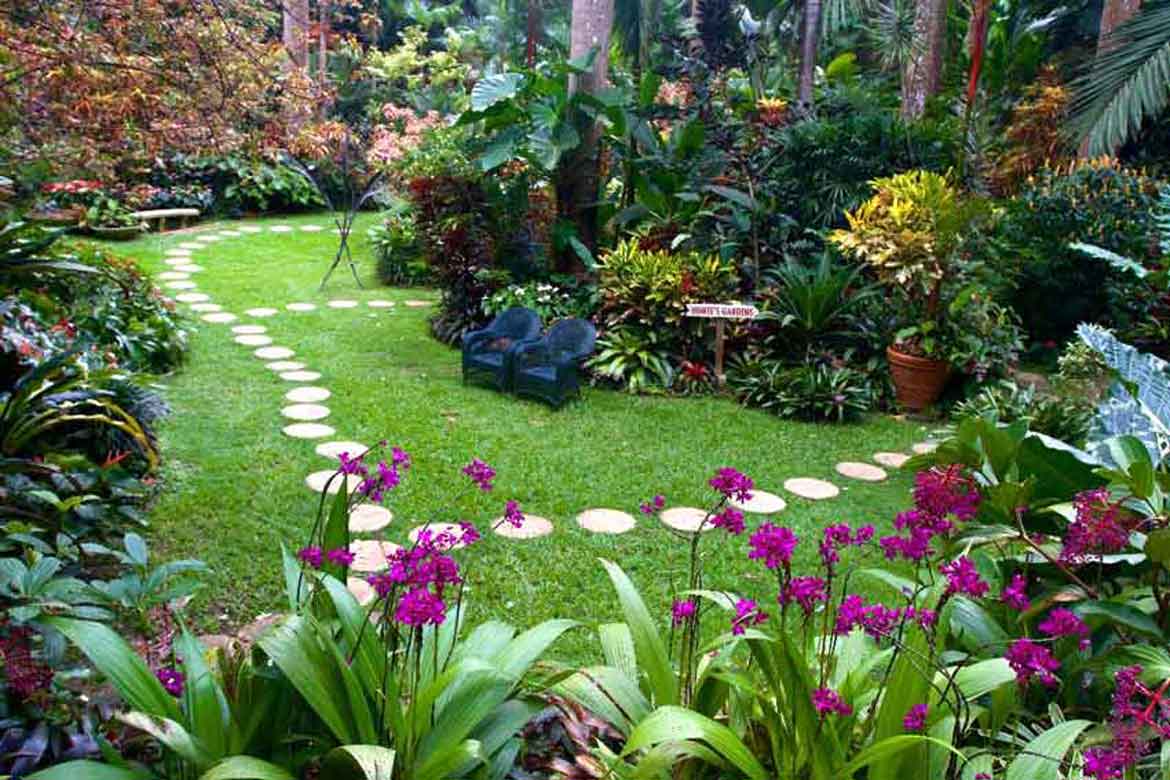 Make your first stop at Hunte’s Gardens, developed by renowned horticulturist Anthony Hunte. Located in St. Joseph’s parish on the rugged eastern side of the island, Hunte’s Gardens is as remarkable for its setting as it is for its plantings and landscape.

Barbados is criss crossed with a network of underground caverns, which occasionally develop into sinkholes. That’s where Anthony Hunte develop his fabulous gardens – in a sinkhole about 150 feet deep and 500 feet across. 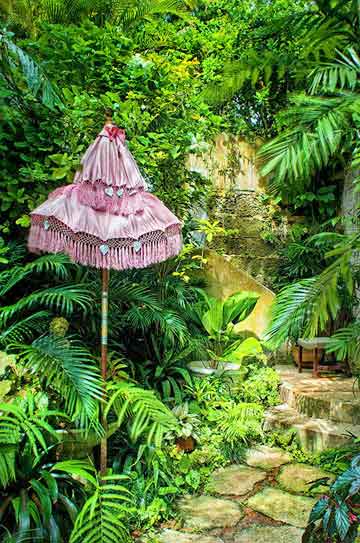 One of the staircases / Hunte’s Gardens

The bigger picture is the former sugar plantation called Castle Grant where Hunte was raised. That is where the sinkhole developed and where Hunte continues to live. Visitors often encounter him working in the gardens and, after a tour, all are welcomed to stop for a cool drink and conversation with him on the patio of his home.

This unusual setting allows for cascades of tropical flowers flowing down the sides of the sinkhole. Coleus, aralias and impatiens cling to the slopes and create pools of color and texture that tumble out along flagstone garden paths. Hibiscus, Hawaiian ginger and ornamental banana flowers flourish within a few feet of potato trees, African tulip trees and breadfruit trees.

All along the manicured pathways, you’ll find metal sculptures and other art work nestled in among the lush scenery that speaks to the land’s sugar cane heritage. Be alert to the adorable green monkeys that make their home here along with the hummingbirds, butterflies and more.

The gardens are a mere two acres, but you feel you’ve escaped to another, much more grandiose world as you explore one little niche after another. There’s no need to be troubled with the steep steps or arduous climbs going in or out of the garden. Sure, there are steps, but each is so discreetly wrapped in the landscape with so many benches and reasons to linger at each step, that you’re up and out before you ever really realize you were at the bottom of a 150-foot deep gully.

It’s just one of many reasons that Anthony Hunte was presented the Centennial Award for outstanding contributions to horticulture and that TripAdvisor calls Hunte’s Garden the top garden in the Caribbean.

Other destinations of interest in Barbados to those who love gardens, include: 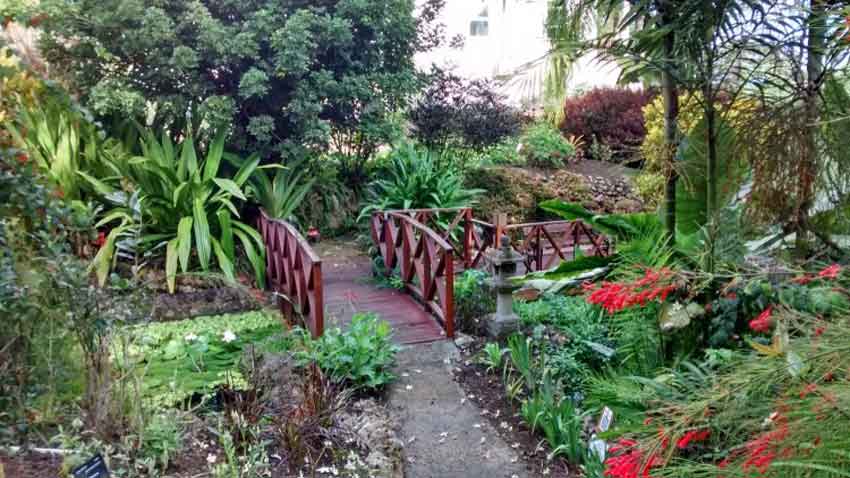 Andromeda Botanical Garden in Bathsheba in St. Joseph parish is a partner garden to the Royal Horticultural Society; open daily.

Orchid World and Tropical Flower Garden in St. George parish is home to more than 1,000 orchids, some in houses, some growing naturally on six meticulously landscaped acres; closed Monday. 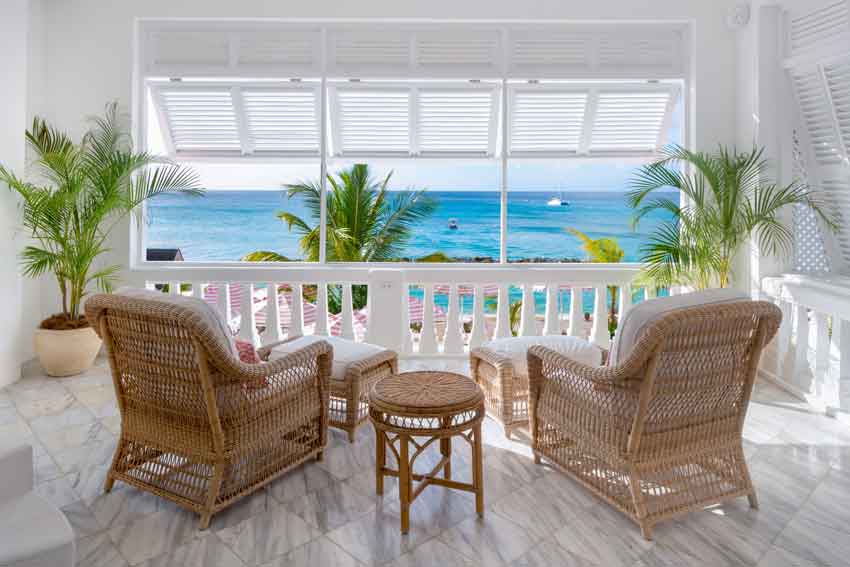 Cobbler’s Cove is a boutique hotel on the west side (Caribbean side) of the island near Speightstown in St. Peter parish. In addition to its own lovely gardens, Cobble’s Cove offers its guests garden tours to many of the private gardens in Barbados, including Fisher Pond House and Bentham House.

The Sunbury Plantation in the St. Philip parish is a 300-year old plantation house that is open for tour. Lunch and afternoon tea are served in the garden, weather permitting.

For more information about traveling to Barbados, go to www.visitbarbados.org.

—
A travel writer from Kansas City, Missouri, Diana Lambdin Meyer and her husband Bruce are both award-winning members of the Society of American Travel Writers who enjoys visiting gardens in their travels around the world.

How Do You Care for Succulents?

Choose These Flowers If You Want to Live...