Exploring the Gardens of Cleveland, Ohio

Martin Luther King Jr. Boulevard in Cleveland, Ohio, is a spacious tree-lined drive that connects the Cleveland Lakefront Nature Preserve to the arts community in University Circle and ultimately the Cleveland Botanical Garden.

Take this drive slowly, or better yet, park and walk for a while, for here you’ll discover a small gardening gem that is unique to North America and perhaps the world. Thirty small gardens have been developed over the years reflecting the cultural heritage of the people of Cleveland. 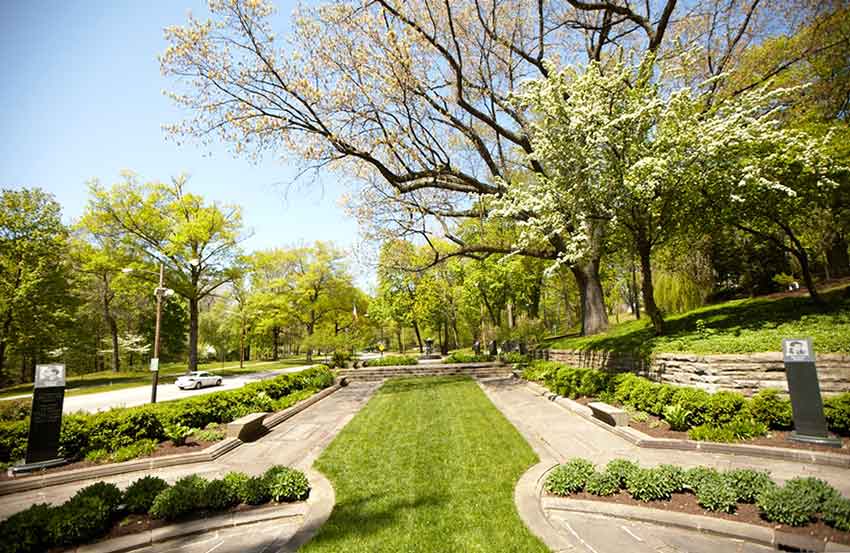 Part of the 200-acre Rockefeller Park, which includes a lovely greenhouse worthy of your attention, the Cleveland Cultural Gardens began simply in 1916 with the development of a Shakespeare garden, later named the British Garden. Next, members of the Jewish community planted a Hebrew garden and the idea flourished.

Each garden, some less than an acre, includes shrubs, flowers, and trees that represent the garden’s home country. You’ll also find statues and water features that speak to the country’s cultural legacy.

Eight more gardens are in the planning stages, including many representing Middle Eastern countries as well as a Native American and African-American garden. Throughout the warm weather months, individual gardens host luncheons, music programs, and other cultural events. 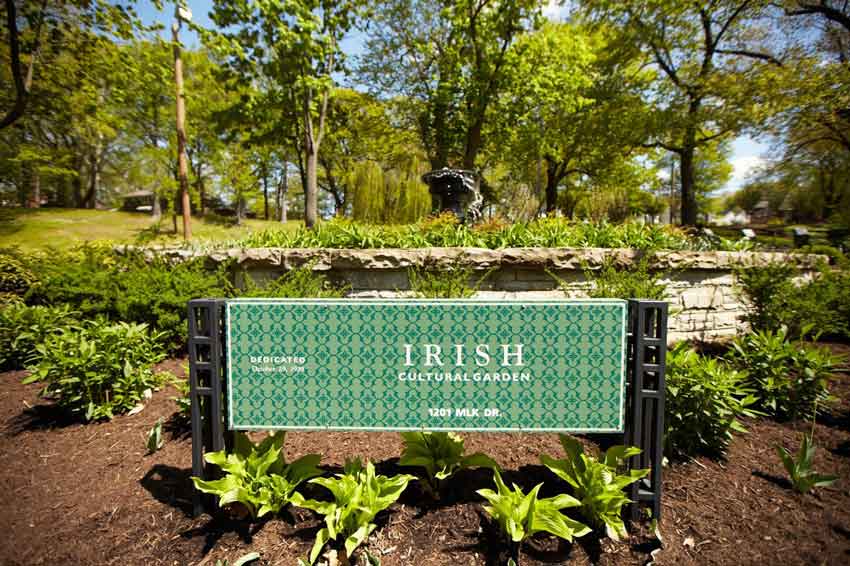 The big day to engage with all of the 30 gardens and their representatives is the last Saturday in August each year for an event called One World Day.

But the prize for walking the 1.5 miles uphill, or driving if you choose, is the Cleveland Botanical Garden. This area was once the grounds of the Cleveland Zoo and as a result, many jokes can be made about the abundant fertilizer created on the zoo grounds making this prolific gardening soil. 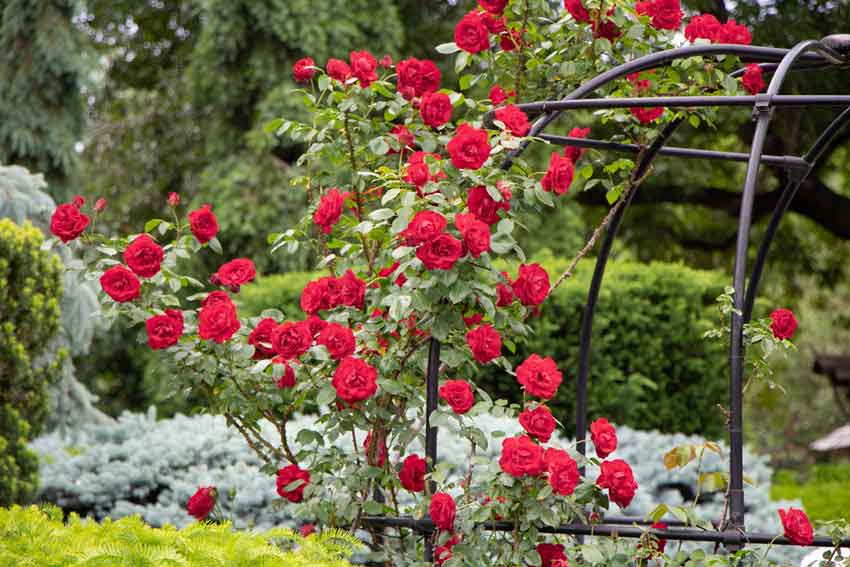 The first of 10 gardens to be created was the Western Reserve Herb Society Garden, designed by Elsetta Gilchrist Barns, who was one of the country’s first female landscape architects. A unique feature is the espalier apple tree with three different varieties on one trunk.

For those who gravitate to rose gardens, this octagonal design includes a Maid-of-Kent rose (Rosa ‘Maid of Kent’), a rare planting outside of its native home in England. The rose garden also includes a fringe tree (Chionanthus virginicus) known for its fragrant and abundant blossoms each spring. 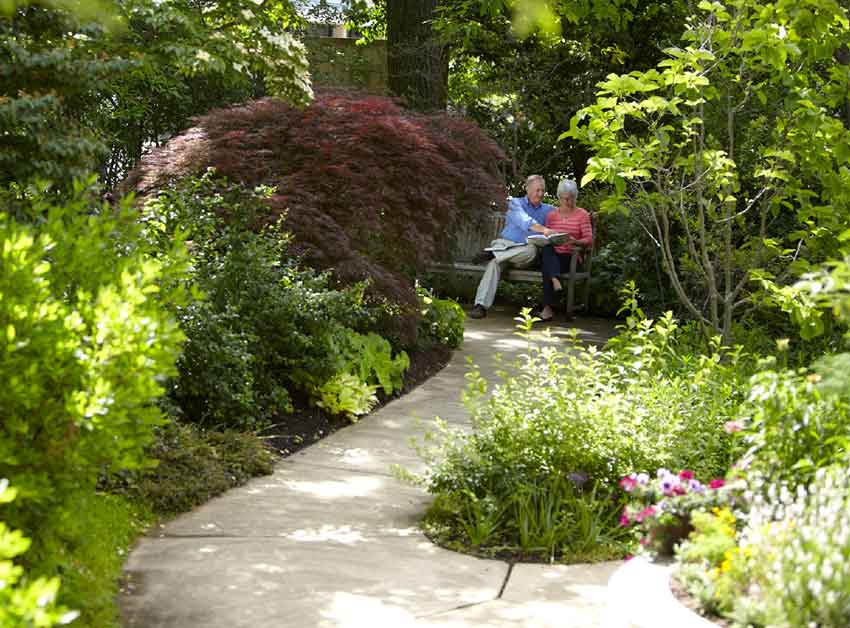 A distinguishing garden at this facility is the Restorative Garden designed by David Kamp as an intimate space for guests to touch and smell the plants, specifically to slow down and relax. That’s why the beds of Hosta ‘Blue Mouse Ears’, trout lily (Erythronimum americanum), and Japanese painted fern (Athyrium niponicum) are raised, allowing greater ease for interaction in the particularly quiet place.

Another highlight is the Eleanor Armstrong Smith Glasshouse, an 18,000 square foot conservatory highlighting the spiny desert of Madagascar and Costa Rica’s tropical rain forest. With more than 300 species of plants, including baobabs, pachypodiums and a strangler fig, the Glasshouse is a warm and cozy spot if your Cleveland visit happens to be in the midst of winter. 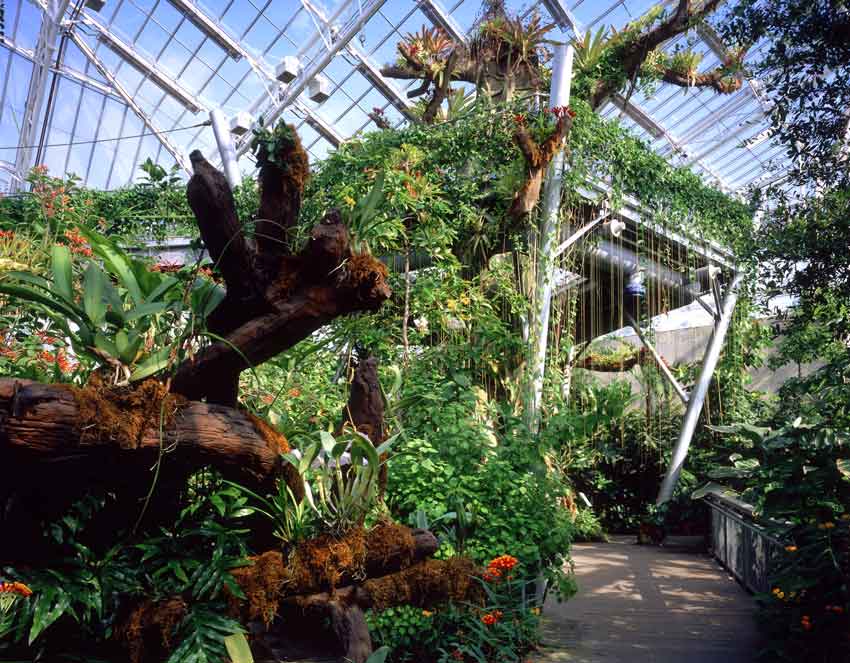 Throughout the Cleveland Botanical Garden you’ll find a number of lovely bird houses, a nod to the organization’s merger with the Holden Arboretum, which manages an active blue bird nesting program in conjunction with Cornell University. Each spring and summer, about 400 fledglings are successfully hatched here.

More than 200 acres of this 3,600-acre forest east of downtown Cleveland are dedicated to cultivated gardens, making this a destination in its own right for horticulture enthusiasts. Over 250 rhododendrons fill about 20 acres, complemented by the garden’s dedicated lilacs, water lilies and numerous wildflowers. 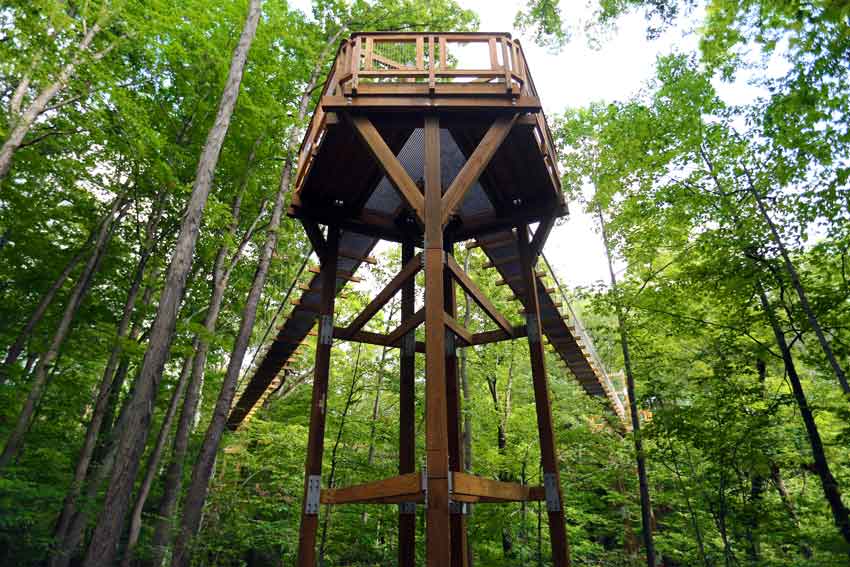 With 20 miles of trails throughout the old growth oak and hickory forest, the Holden Arboretum has long been a popular year-round destination for nature lovers in northeast Ohio. But the addition of an elevated canopy walk and tower in 2016 contributed to record-breaking attendance figures.

The many ascending ramps of the canopy walk make it easy to gently climb 65 feet above the forest floor into the tree cover and pass over colorful ravines via suspension bridges. The Emergent Tower is a bit more strenuous with more than 200 steps that rewards energetic climbers with an expansive sky view of the arboretum and a view of Lake Erie beyond. Interpretive panels help visitors better understand the topography of the region and the watershed into the Great Lakes. 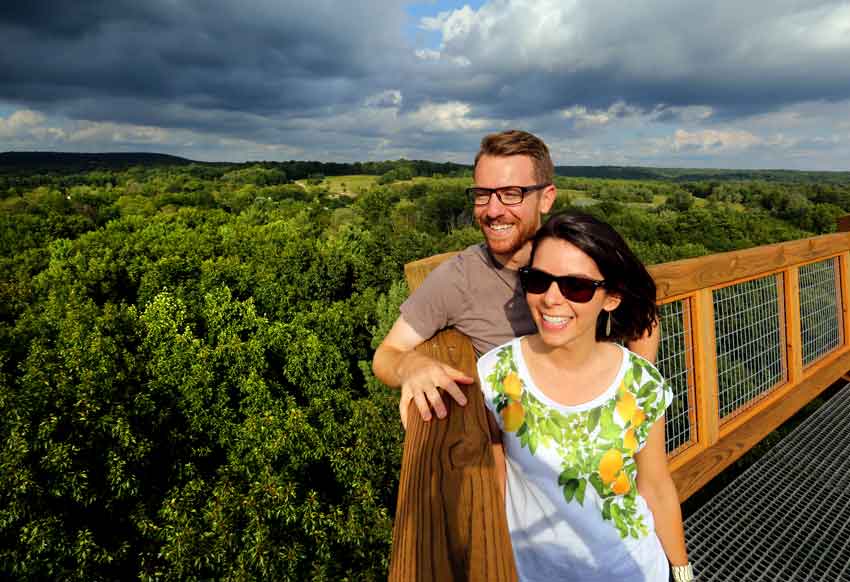 The 2014 merger of the Cleveland Botanical Garden with the Holden Arboretum created the 13th largest public garden in the United States.

Consider spending a few nights at the Homestead Bed and Breakfast in Willoughby, about 15 minutes from the Holden Arboretum. Among the amenities at the Victorian inn is the option for the hosts to pack a picnic lunch that you could later enjoy in your day long outing at the arboretum.

Another great choice is the Avalon Gardens Inn, a two bedroom bed and breakfast in Chardon, Ohio, which is on the grounds of a plant nursery.

If you’d rather be in the midst of the action and prefer a name brand hotel, the top floors of the Westin Downtown Cleveland offer views of Lake Erie. The hotel’s meeting rooms are all named after various flowers and plants found in northeast Ohio. A living wall of philodendron in the lobby sooth your gardener’s soul.

For additional help in planning a visit to Cleveland, reach out to the knowledgeable people working for Destination Cleveland.

A travel writer from Kansas City, Missouri, Diana Lambdin Meyer is an award-winning member of the Society of American Travel Writers who enjoys visiting gardens in her travels around the world.