Egapark in Erfurt Germany: A Feast for the Senses

Flowers are everywhere. Floating in the wind with a fine structure and a colorful variety that enchants. A pleasure for the eyes and a perfect spot for shutterbugs. The large ornamental flowerbed with 150,000 spring flowers and a magnificent display of herbaceous perennials in summer lives up to its name.

The “Garden of Thuringia”, known as the egapark – a short form from the German claim Erfurter Gartenbau-Ausstellung, attracts visitor attention every year. Not only with the many flowers, but also the historical rose garden, different types of shrub gardens, and a newly-designed grass garden. The egapark is a feast for the senses. The lawn can be walked on, the guests let their souls dangle at the water. 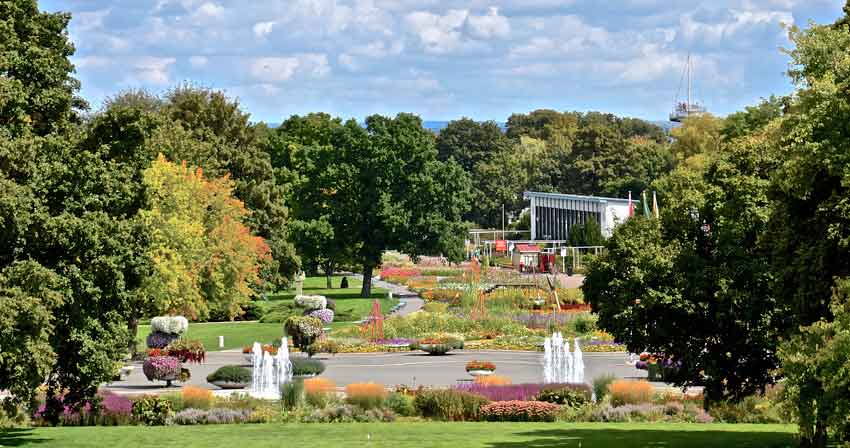 A recent record year saw over 544,000 visitors but the park planners are looking to the future: in 2021, the German Federal Garden Show will take place on the site as one of three locations in the city. The traditional flower city of Erfurt with its many nurseries and seed-companies is hosting this major event that is intended to attract over two million visitors to Thuringia.

History of the egapark in Erfurt 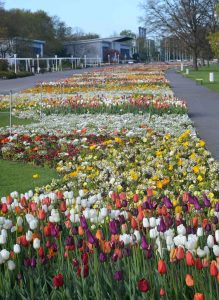 “The garden has a long history,” says Martin Baumann, the chief monument conservator for garden culture in Thuringia. “It all began in 1873. With the de-fortification of the Cyriaksburg castle, a beautification club took over the task of setting up benches and creating paths on the property. In 1930, the first park-like structures of the area were developed. Twenty years later, the city council decided to create a real park.” At that time it was called Kulturpark because educational content was also offered. In 1950, the first regional garden show attracted over one hundred exhibitors. The motto: Erfurt is flourishing. The result: a great success with blossoming landscapes.

This was also the case in 1961 when the First International Horticultural Exhibition of the Socialist Countries (iga for short) was opened. In six months, around 3.5 million visitors came and the East showed the West how a garden show works. The garden shows in both Germany and GDR were above all a symbol of reconstruction. 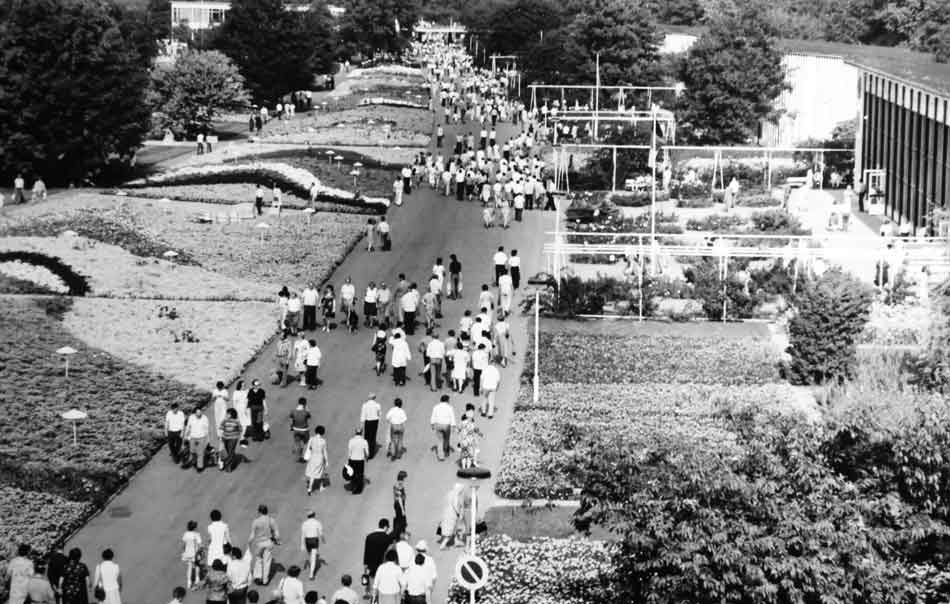 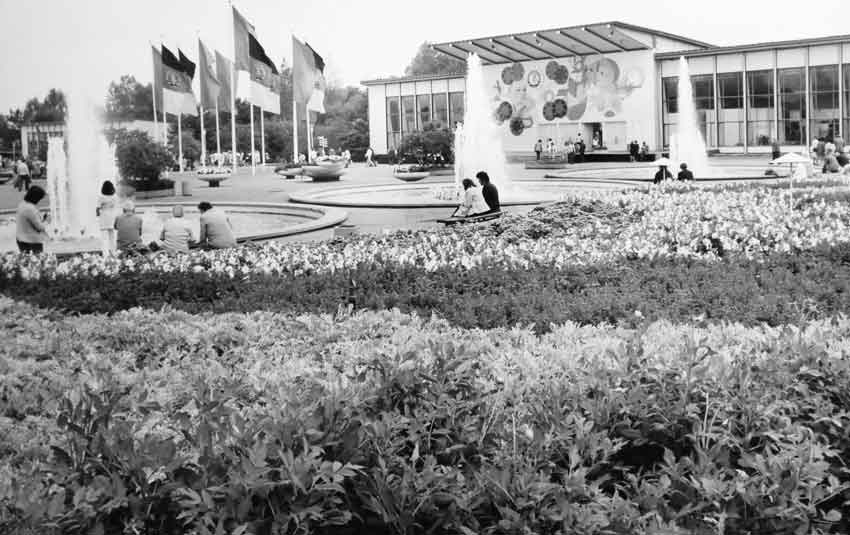 After the war, people were in a terrible plight. There was a strong need for flowers and blooming fields. Garden shows were intended to support and teach the people. In view of the lack of food, the aim was to show how horticulture could be run more effectively. In addition, there were lectures and flowers en masse for the broken soul. Erfurt became the home of the International Horticultural Show because the city had proven how successful such a show can be.

From today’s perspective, the garden is unique. Martin Baumann likes to call the egapark the “most important garden artwork of the GDR”. In the lavishly celebrated 100th year of the Bauhaus foundation in 2019, there was a special tourist exploration tour through Germany, in which the egapark is the only garden to succeed. Behind the so-called “Grand Tour of Modernity“ there are 100 outstanding Bauhaus or Modernist sites with groundbreaking architecture, which have had a lasting impact on our understanding of life, work, learning, and living. 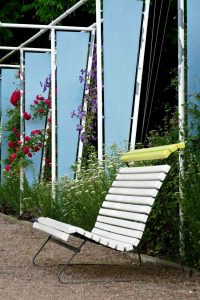 In no other green areas in Germany are there so many reminiscences of the 1960s as in the egapark. “The park is not one of the usual landscape or city parks. It is more than that and was meticulously planned by landscape architect Reinhold Lingner as a socialist horticultural exhibition“, says Baumann.

At the time, it was conceived as an exhibition site and laid out according to the principles of the 1960s. The site was designed throughout as an axial space, with wide paths and squares as well as harmonious exhibition furniture. “The quality is high, everything is consistent and it touches me deeply as a garden visitor, especially because until today much of it has been preserved“, says Baumann. “The park benches are in a contrast light blue-white or sometimes bright yellow and the small pavilions are spread over the meadow like mushrooms. Even the exhibition halls with their reserved effect are more reminiscent of greenhouses than of massive rooms for state-bearing pomp.“ 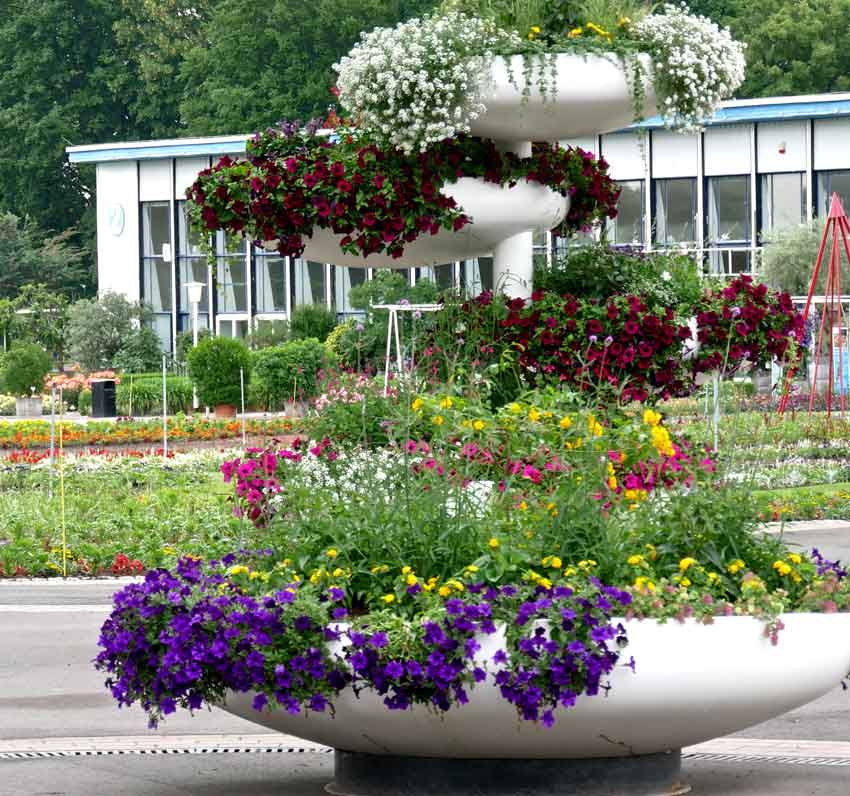 The very charming semicircular planters and flower bowls in the entrance area are also from the time period. “At that time the efficiency and power of socialism were in the foreground. Therefore large areas and many gardening highlights were created for this purpose,” says Martin Baumann. “The perennial beds along the water axis were just as much a part of this socialism idea as the splendor of lush and colorful areas.

There were large fields of tulips, monochrome in screaming red or yellow colors, and the largest flower bed in Europe by Alice Lingner with 6,000 square meters. All this was a showcase of the creativity of horticulture in the city of Erfurt. It was supposed to show that everything was in flower and draw attention to itself.” The many water features are also still in use today.

Until the end of the GDR, the egapark was a prestige object. It was maintained and cherished accordingly. With the reunification, the value of the park was repeatedly questioned several times. The area was reduced, but the heart of the park, the present area, was largely preserved. With the status of a monument in 1992, the efforts to reduce the park to a minimum and to locate urban villas and businesses on the site were finally stopped. 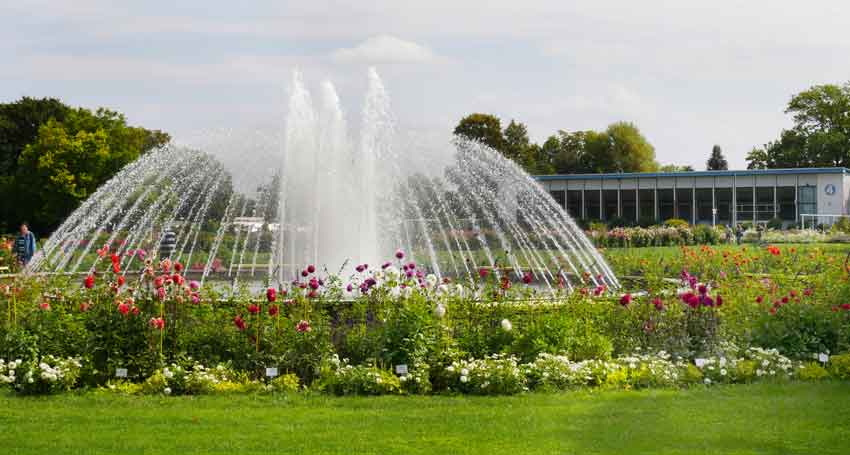 In 2019, the architectural uniqueness of the Bauhaus Year was the center of attention. For some years now, Erfurt has been remembering the tradition of a park as a monument. The areas are meticulously maintained, as is awareness of the past. A grass garden was redesigned after the renovation of the old water axis where thousands of perennials bloom along the water. “The park is a journey through time that still radiates a lot of charm from the past,” says Martin Baumann. A unique collection of rose varieties from the GDR period also recalls the special relationship between the city and horticulture in the region. Only the plants no longer date from that time. Perennial plants do not last forever and there are many more resistant varieties today. The beds are redesigned every year and, like the large flower bed in the entrance area, are reminiscent of those days gone by.

—
Jens Haentzschel works as a presenter, author, and director for the television magazine MDR Garten, which is produced at egapark from spring to autumn: He likes perennials, alpine plants and the creativity of gardeners. For more info, email info@greengrassmedia.de