The King of Shrubs loves the acidic soil and frequent, but gentle rainfall here. The second most populous city in this Scandinavian country, Bergen receives about 77 inches of precipitation a year, spread lightly over 230 days.

Winters are much milder than one would expect when thinking of Norway, and the summer sun, which lasts up to 19 hours in June and July, makes for an exceptional growing climate.

The flowers and gardeners love it. 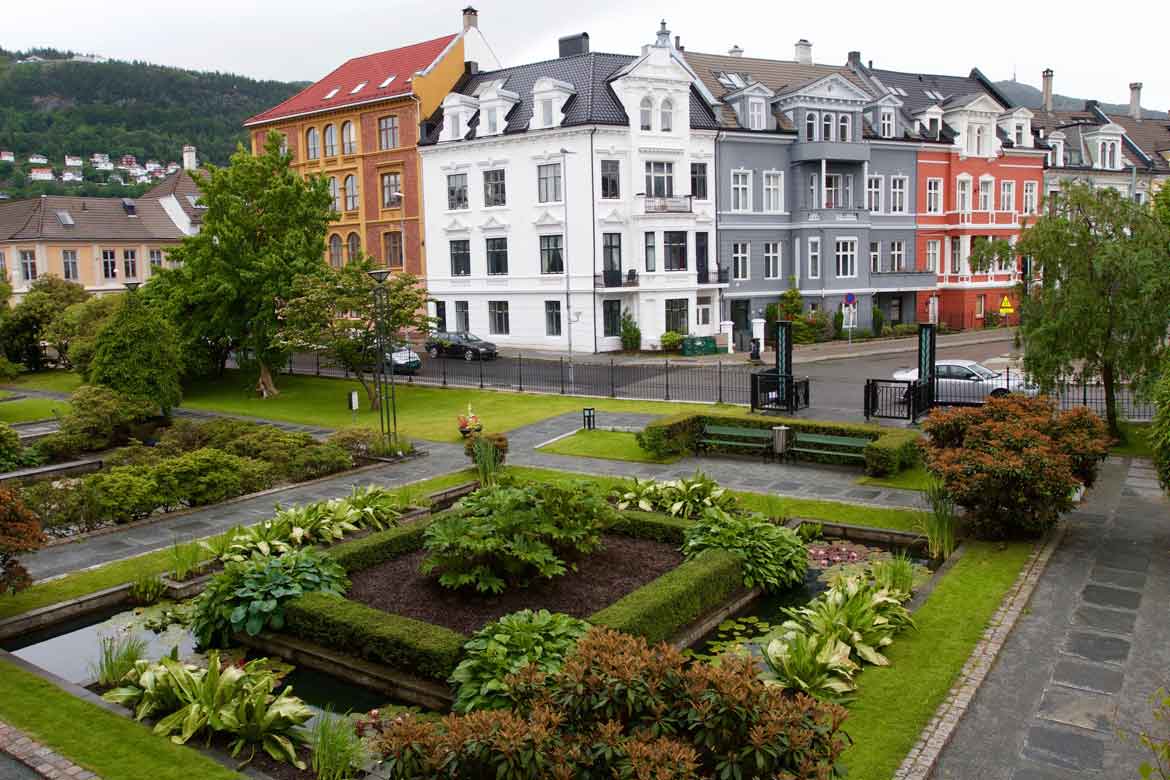 The first botanical garden was established as a part of the Natural History Museum at the University of Bergen in 1887, long before many cities in the U.S. had paved streets or indoor plumbing. It was used as a teaching and research tool with just about 700 plants in the early days. Today, the Museum Garden, as it’s known locally, has about 3,000 species, many collected in the wild from throughout Norway and around the world.

The focal point of the garden is a square pond filled with water lilies, surrounded by rhododendrons, hostas, and seasonal ornamentals. Perennials, such as honeysuckle, English ivy, and climbing hydrangea cover the latticework on the sides of the historic buildings. 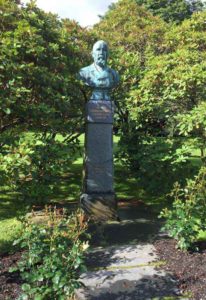 Among the interesting aspects of the Museum Garden is the burial site of Gerhard Armauer Hansen. The name doesn’t mean much to gardeners, but Hansen is renowned in the medical community as the researcher who identified the cause of leprosy, more accurately known today as Hansen’s Disease. A native of Bergen who did much of his research at the university, Hansen was president of the University Museum at the time of his death, thus his grave, surrounded by pink miniature rose bushes, is in this garden.

On the second floor of the museum with a lovely terrace overlooking the garden is the Christie Café, named for Wilhelm Christie, considered the father of the University of Bergen. The café serves a light lunch, lovely pastries, and coffee and includes a fireplace for those days when the Bergen skies bring a chill.

At just 3.5 acres, the Museum Garden was quickly surrounded by the city of 275,000 people and expansion became necessary but impossible in its current setting. Fortunately, the University Arboretum, established in 1971, about 20 minutes south of Bergen near the village of Milde, has plenty of acreage for an expanded botanical garden. 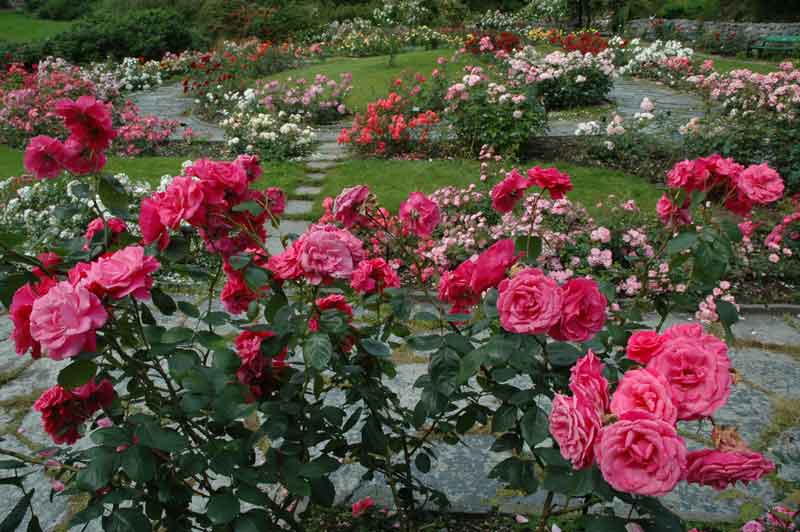 Here you’ll find the world’s largest collection of Nordic rhododendron and Norway’s largest collection of roses, along with dozens of trees and shrubs showcasing the botany of many of the world’s countries. Dedicated areas include a Japanese garden, alpine garden, heather garden, useful plants, and a sunny meadow that features summer annuals. It’s a gorgeous destination with 125 acres of walking paths, lakes, ponds, and a view of the bay beyond.

The Blondehuset Café is open only on weekends. Take a picnic if you visit during the week. It will be a highlight of your visit to Norway.

The Museum Garden is about a 20 minute walk from the cruise ship port (Vaagen), past a city park and pond called Lille Lungehardsvant, and up the hill via a street known as Christie’s Gate. As you walk, look for the small garden behind the public library on Stromgaten.

You’ll need to rent a car or take public transportation or Uber to reach the Arboretum and Botanical Garden at Milde. It is open 24 hours a day with free admission.

Although Norwegians speak English quite fluently, most of the signage at the Museum Garden is in Norwegian. However, at the Arboretum, signs are in multiple languages, including English.

In addition to the Museum Garden and Arboretum and Botanical Garden, you can’t leave Bergen without having visited the Bryggen World Heritage Site. With buildings dating to the 14th century, this site documents a lifestyle and time when Bergen was a center for international trade. It’s an open air attraction with free admission. Be sure to explore back through the alleyways of the heritage site to find some wonderful little restaurants and gift shops.