5 Must-Visit Gardens In The USA

Garden destinations can be a little bit difficult to filter through as a traveler. One reason for this is that just about every city has some kind of garden area. Most of the major ones have botanical gardens that will even appear on lists of top attractions. Choosing which of these are worthwhile can require some research and experimentation. But of course, you can’t see them all.

Naturally, picking the right garden destinations relies partly on what you like. Do you prefer a wide variety of flowers or an open green space? Are you more drawn to ponds and fountains, or little attractions like cafés or bike rentals? And what else is there to do in the immediate area of the garden that might keep you busy for a day or two? These are just a few factors to consider on your own. In the meantime though, here’s one writer’s list of some of the best gardens to visit in the United States. 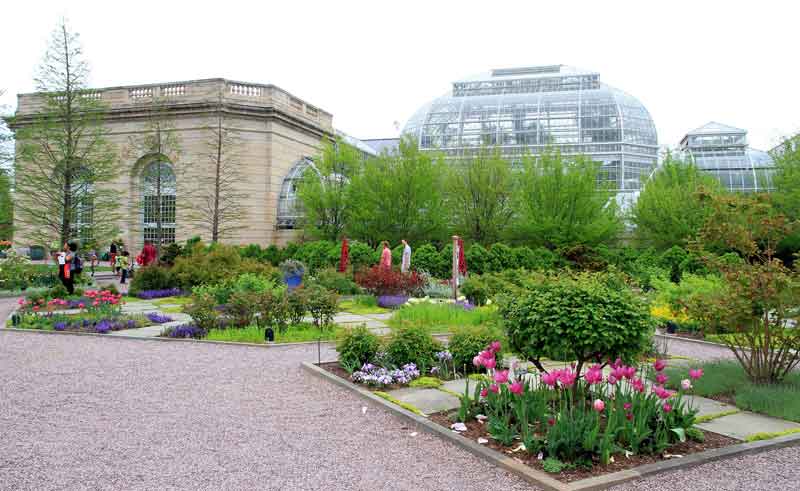 The U.S. Botanic Garden in Washington, D.C. is a garden attraction befitting of a nation’s capital. It also happens to be one of the oldest organized garden facilities in the country, having been commissioned by the U.S. Congress in 1820. Now, the garden consists of indoor and outdoor facilities and a beautiful array of tens of thousands of plants. The main attraction here, ultimately, is the almost intangible allure of such a spectacular garden space in such close proximity to the U.S. Capitol and to a host of other D.C. attractions. Somewhat like walking into Central Park in New York City, or Hyde Park in London, it’s an oasis that seems almost magical both because of its surroundings and because of how much it cuts you off from them. 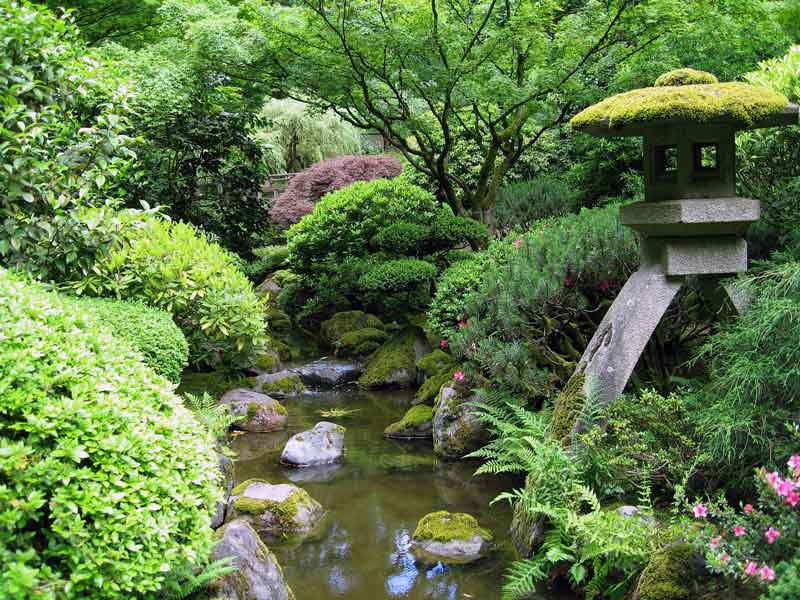 The Portland Japanese Garden may actually be the most unique option listed here, which is one reason it’s such a thrill to visit. As mentioned above, there are noteworthy gardens in cities all over the world, and it’s actually rather rare that one sets itself apart. Here though you aren’t seeing the typical clusters of plants that only botany enthusiasts can truly appreciate. Rather you’re seeing what’s been described as a truly authentic snapshot of Japan, including a tea garden, sand and stone garden, and other features. It’s almost like stepping briefly into a portal to Japan itself – except that once you’re done you can walk right back out of it (and Washington Park, in which the garden sits) and into Portland to enjoy one of the most laid back and charming of major U.S. cities. Nothing beats a visit to Portland’s famous brewpubs after a long walk around the gardens and park. 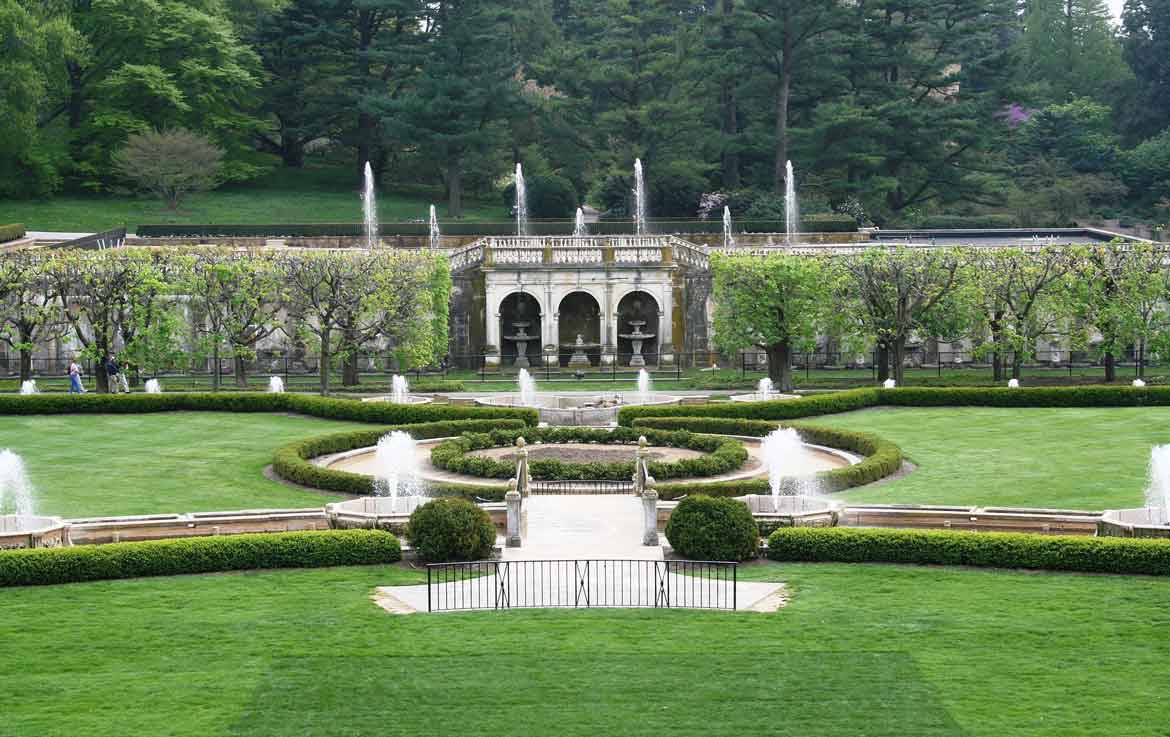 Longwood Gardens is a bit more stately than the other selections here, in that it feels more like some palatial landscape as opposed to your typical city garden setup. That means man-made structures, high-spouting fountains, meticulously manicured hedges and trees, and an immaculate lawn. And all of this speaks to exactly why this is a destination that you can appreciate even if you’re not a garden enthusiast or botany expert. Walking through Longwood Gardens will make you feel like you’re on a stroll through a movie set, or some royal ground reminiscent of Europe. 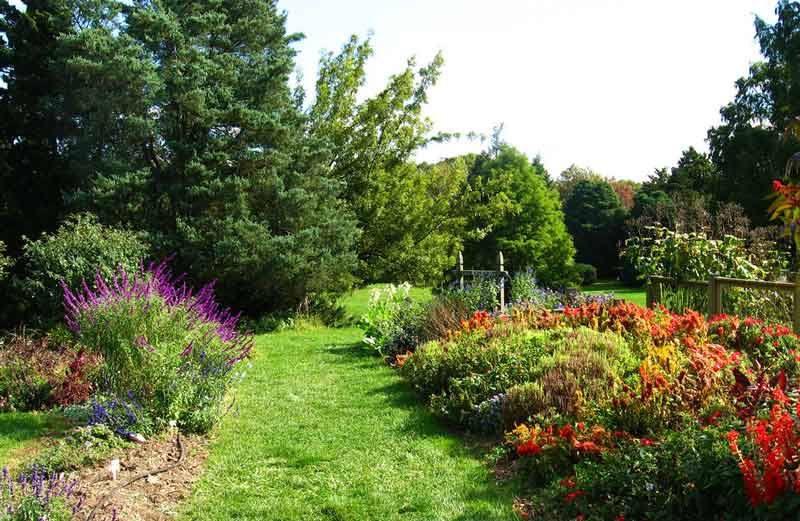 These are actually the official gardens of Rutgers University in New Jersey, and given that they’re surprisingly sprawling. At well over 100 acres, the gardens provide a variety of little settings all blended into one, and somehow that studious, collegiate atmosphere you expect from a prominent university pervades it all. For that reason it’s a place that can make you feel young again, all while you absorb a great deal of natural beauty. Plus, the gardens can easily be built into a bigger vacation given relatively close proximity to the coast and Atlantic City area. There you’ll find some of the United States’ more underrated beaches, as well as a freshly vibrant casino scene. Through new sites, improving games, and bonuses that allow players to try out a site before committing, online gaming has actually brought money back into the Atlantic City entertainment industry, with the result that the town is a major attraction once more. 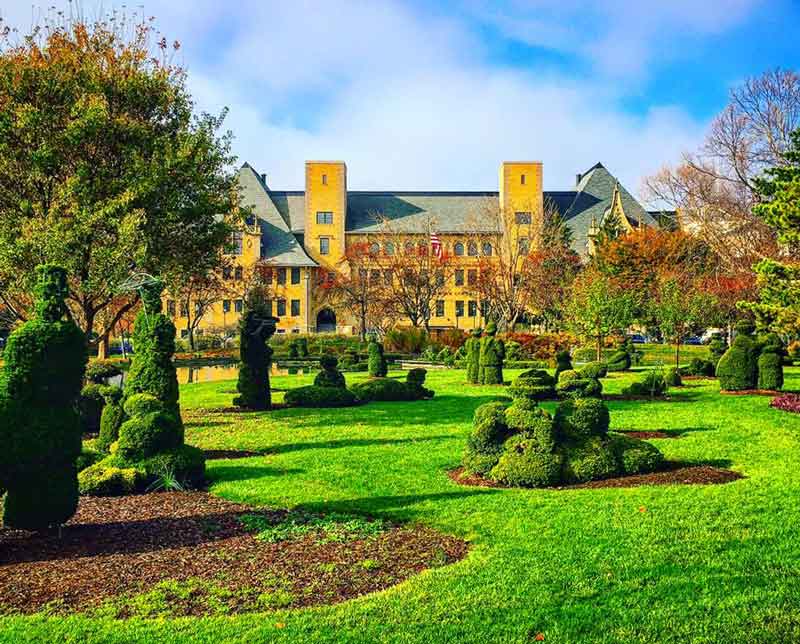 The Topiary Park is a treat if you have a sense of magic or the fantastical. For anyone who might be unfamiliar with the term, topiary is basically the practice of pruning shrubs into specific shapes, sometimes simply ornamental and sometimes resembling figures. It’s a very artistic way to organize a garden, and there may not be a place in the United States where it’s been done better than in Columbus. As a result, the park feels like walking through some sort of pretty fantasy land (Alice In Wonderland comes to mind) as you pass by what are effectively plant-based sculptures of people and creatures.